The former president of the United States is back in the political arena which is very good news for Democrats. 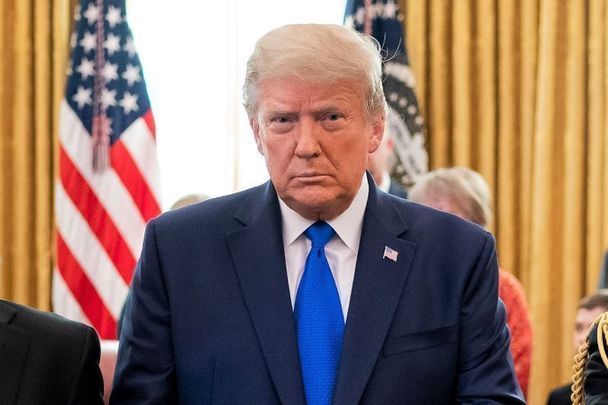 Donald Trump has made his return to the political arena. Public Domain/White House Flickr

Republicans don’t know it yet, but the man who lost them the White House, the Senate, and the House during his four years in office is about to destroy their party too.

He gave a speech on Saturday night at a Republican event in Florida that gladdens the heart of every Democrat breathing.

He savagely attacked his own party. Democrats can only sit back in admiration because he does it far more successfully than Democrats do.

“Trump curses McConnell’s name “ was the NBC headline. Yeah, Senate Minority Leader McConnell is the same guy Trump will need to win back the senate.

Like King Lear without his crown, Trump has become a raging volcano of bitterness and hate, but the surprise is that hatred is aimed at leaders in his own party.

He is splitting his own party which is what he was doing in Florida on Saturday night as leading Republicans applauded and cheered. God must be a Democrat.

When Republican leaders were asked about his outburst they said it was just Trump being Trump which was the repeated refrain when he was in power.

But Trump out of the White House, unplugged, reminding voters what a close call with anarchy we had on January 6th.

Democrats should not waste this moment and should encourage more and more Trump exposure as he rattles on about conspiracies, demons, and devils. They should right away ordain him as the feared front runner for the GOP nomination for president in 2024 and hope against hope he gets selected

After all, he thinks leadership is calling Mitch McConnell “A dumb son of a bitch” and slamming McConnell’s wife, Elaine Chao, who was a member of his cabinet too.

He also took aim at his faithful manservant Mike Pence saying he should never have allowed the electoral college vote to go ahead on January 6th and he was disappointed and hurt that Pence, for once, stopped his bootlicking and stood up for the constitution.

Trump, to put it simply, is delusional. He claims he won the election, a claim rejected in every court in the land up to the US Supreme Court.

On Saturday night, he started talking about mysterious “lockboxes" and spat out the word “Zuckerberg,” the Facebook founder who now apparently had something to do with the “stolen” election.

If anyone else had been pouring forth such gibberish they would have been quietly led off the stage, a cool compression applied to the forehead and a psychiatrist called.

But because Republicans live in mortal dread of confronting him he is once again their voice and his vision is their vision.

This means that while Joe Biden is fixing things, Trump is hunting helpless transgendered people.

We Irish have an expression about someone who has lost their mental faculties. They say he’s “away with the fairies.” I think you’d find Trump fitting in very well in fairytale land. His goblins will surely join him there.