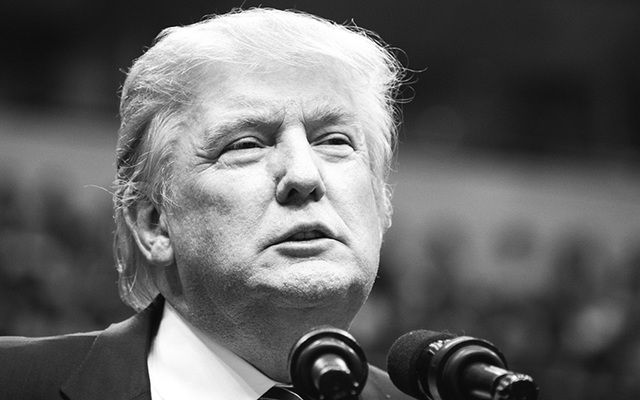 It really does help to read Jim Comey’s remarks in their entirety that he is delivering to a Senate committee today.

The documents are very damaging. Instead of a presidential Don we get Mafia don, seeking to threaten cajole, demand that the Michael Flynn investigation be halted.

Trump is a subtle as a bull in heat. He talks about a cloud over his presidency and of how Comey might lift that cloud by forgetting about Russia. He could not be more blatant.

The only possible benign interpretation is that Trump has no clue that he was doing when he approached Comey and wanted him to quench the FBI investigation of Russia ties and Mike Flynn.

Could he have been so utterly ignorant of the fact that the FBI director reports to the Attorney General not him? If that is so he is a complete political moron--and that's the upside.

The downside is he was obstructing or seeking to obstruct an FBI investigation into Russian malfeasance and attempts to damage the American electoral process. That may well turn out to be an impeachable offense by the time that Special Counsel Robert Mueller gets through with it.

What is extraordinary about Trump is how dumb he actually is. Nine times he communicated with Comey, several before he was even officially in office.

Instead of using a cut out to deliver his message he delivered it himself and may have walked into his own impeachment trap.

I’m sure President Obama tried to influence Comey too but was a lot subtler. The difference is the two only talked twice after Comey was selected in 2013 to run the FBI. The second time was to say goodbye as Obama left office.

When Trump won the election whatever else happened you hoped he would bring a sharp business brain and an ability to cut through bureaucracy with him.

Where is Trump's "sharp business brain and an ability to cut through bureaucracy"?

After the interminable stalemate of the past number of years it was easy to see the attraction of Trump, a no-nonsense businessman, cutting through the red tape. We would be sick of winning we would win so much he proclaimed.

Instead he is lost, at sea, drifting aimlessly, his agenda from tax reform to repealing Obama care to infrastructure programs stalled fatally in either the House or Senate. The problems pile up, they will soon be the size of that Mexico border wall and a lot more real.

His bully pulpit has become a wet noodle as he preens, screams and dreams up twitter epithets against his enemies.

This carry on wouldn't look out of place in a kindergarten.

In the White House, he is a disaster. The Saudi Arabians put on a lavish welcome for him and he’s their friend for life. Saudi Arabia is where the poisoned stream of Islam that makes ISIS martyrs is developed and exported.

Meanwhile allies like France and Germany are reduced to interpreting his handshakes as to what he is trying to communicate. He shuts down NATO cooperation, angers Qatar with his embrace of Saudi Arabia despite the fact that America is heavily dependent on Qatar airports to attack ISIS in Syria and Iraq.

Here is a quote that encapsulates the depth of the tragedy that is befalling American democracy:

“The individual comes face-to-face with a conspiracy so monstrous he cannot believe it exists. The American mind has not come to a realization of the evil which has been introduced into our midst. It rejects even the assumption that human creatures could espouse a philosophy which must ultimately destroy all that is good and decent.”

The quote is by J Edgar Hoover, Comey’s predecessor long ago at the FBI. It could fit the Trump calamity like a glove.