Terrorist Rachid Redouane lived in Rathmines, Dublin, for 18 months and married a UK citizen for residency. 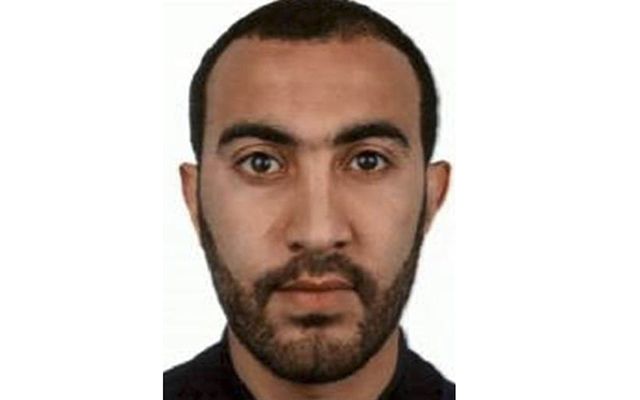 An urgent inquiry is underway by police in Ireland and Britain seeking to establish if Rachid Redouane, one of the London killers who lived in the Dublin suburb of Rathmines for a time, was part of an Irish-based ISIS cell.

Redouane got married in Ireland in 2012, probably for immigration reasons say police. Redouane, 30, claimed to be Moroccan or Libyan but carried an Irish identification card similar to a green card on his person when he died.

Police are also desperate to know who Rachid Redouane met with on his frequent visits to Ireland after he moved to Britain and whether he was part of the leadership of an Irish-based ISIS support cell.

More than 130 imams from Britain are refusing to offer Islamic burials to the London attackers https://t.co/Z7cOQCG4UP pic.twitter.com/5xZn5pYMBB

Experts have long speculated that Ireland is likely a backdoor for ISIS sympathizers, especially when they are more closely watched in other European countries.

Redouane, a former pastry chef, may have been in Ireland shortly before the killings, as recently as March 2017.

On Tuesday morning it was reported that Redouane married O'Leary in Ireland in 2012 and remained in the country until 2015. The couple lived in a bedsit in Rathmines, just outside Dublin's city center.

He is also said to have visited his estranged wife, O'Leary, and their 17-month-old daughter, Amina, in London in the suburb of Barking just before the killing spree. He is also reportedly the father of a three-year-old child.

O’Leary, 38, who is believed to be Scottish, was arrested by police after the killings. She shouted, “don’t shoot” as police came to arrest her.

It is not known if she took her husband's Islamic faith – reports differ on whether she converted or not.

On Facebook she listed herself as "single". Also just a fortnight ago she had posted a picture of herself with a Union Jack heart symbol in tribute to the Manchester victims of another ISIS attack which killed 22 innocents.

Ireland has long been a back door for militants refused permission to marry in Britain.

O’Leary has described herself as single and, in one Facebook post, complained that her daughter’s father was not visiting their child.

Meanwhile, a Muslim imam based in Ireland says his warnings to the Irish authorities about Isis and al-Qaida activists based in Dublin were ignored. Shaykh Dr. Umar al-Qadri told the “Guardian”: “Two years ago, I spoke at an anti-radicalization, anti-extremist conference in the EU headquarters in Brussels. I was quite explicit about there being a problem with Ireland, that extremists were using the country as a base to launch attacks elsewhere.”

Despite that public statement he was never contacted by Irish police. He says there are dangerous radicals in Ireland and authorities need to pay attention to them.

In the UK 130 imams have publicly refused to provide Islamic burials for the three men responsible for Saturday's London attack.

On social media British Muslim leaders stated "We will not perform the traditional Islamic funeral prayer for the perpetrators and we also urge fellow imams and religious authorities to withdraw such a privilege."

On Monday Ireland's leader Enda Kenny said a small number of people are “being monitored and observed in respect of radicalization” by the police but Redouane “was not a member of this small group”.

However, Kenny confirmed Ireland gives working visas to people from outside the European Union who are in a relationship with an EU citizen, a fact which seems to have been exploited by Redouane.

Garda Commissioner Noirin O’Sullivan has held a special security meeting at Garda HQ. A Garda spokesman said “An Garda Siochana is providing every assistance to our colleagues in the London Metropolitan Police in ­relation to the terror attack in London.

“We will process all requests from the UK authorities in relation to inquiries into individuals, identities or any other matter.”