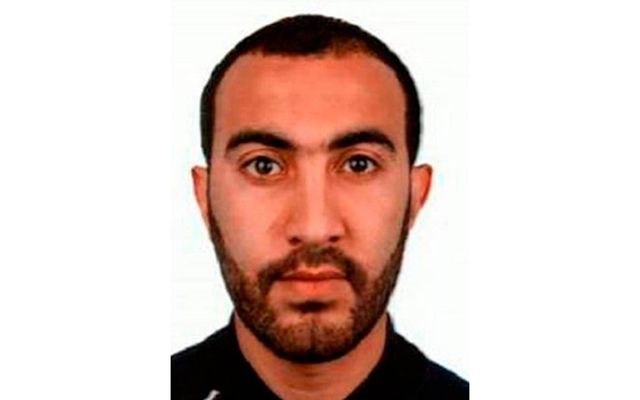 Rachid Redouane, one of the terrorists behind the London Bridge attack, had an Irish ID card.

Following the news this morning that one of the terrorists shot dead in London on Saturday was in possession of an Irish identity card, further details have been released to the public.

The attacker has been named as Rachid Redouane, 30. He “claimed to be Moroccan and Libyan,” according to a statement from Britain’s national counter terrorism police chief Mark Rowley.

Redouane is reportedly not an Irish citizen but is said to have Irish residency and lived in the genteel Dublin suburb of Rathmines as recently as last year.

It’s also thought that he married an English woman in Ireland and then separated from her. She’s currently remanded in custody in Britain following her arrest in the east London borough of Barking.

British police have named one of Redouane’s accomplices as Khuram Butt, 27, a British citizen born in Pakistan, while the third attacker has yet to be named. All three were shot dead at the scene of the attack.

Gardaí (Irish police) are co-operating with colleagues in London and held an emergency meeting earlier today on the matter.

Speaking in Chicago, where he currently leading a trade mission, Taoiseach (Prime Minister) Enda Kenny said that a handful of individuals in Ireland were, "being monitored and observed in respect of radicalization".

He added that the man in question "was not a member of this small group" and that he seemed to have been granted an Irish visa because of his marriage to an EU citizen.

The Department of Justice has also released a statement saying that they consider Ireland is unlikely to be targeted.

"The expert threat assessment is that while an attack here is possible it is unlikely and that there is no specific information in relation to any threat to Ireland from international terrorism."That said the level of threat from this source is kept under constant and active review by An Garda Síochána."The commissioner makes an assessment based on a range of factors including current available intelligence, knowledge of capabilities, events outside the State and the current international climate. She consults with the Chief of Staff in making the assessment."

However a garda source told DublinLive that Ireland was completely unprepared for such an eventuality and any attack would result in “pure mayhem”.

“We’re simply not ready or prepared to deal with something line this and don’t have the numbers to respond to events like the ones which took place in Dublin on Saturday night,” he told the news site. “The response time of eight minutes [in London] was magnificent and the police deserve great credit for that but [that] could never happen here.

“As for the hospitals, they can’t keep up with the normal Saturday night stuff. It doesn’t bear thinking about what would happen if there were multiple casualties at the one time."