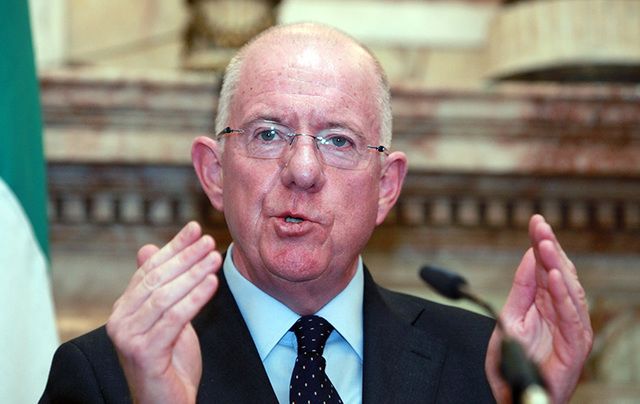 “In our discussion I sensitized General Flynn on our continuing concerns in regard to the undocumented Irish community and our hope that this can be addressed by the new administration and Congress,” Flanagan told a gathering of the Irish Network Washington, D.C. on Tuesday evening.

“In the long history of friendship between our two countries, we have always had the capacity, when needed, to speak frankly to each other.  At our earlier meeting, I directly conveyed to General Flynn the concern expressed in Ireland, and indeed, across the EU, at the most recent executive orders on immigration.   In response, General Flynn outlined the rationale for this order while I pointed out its damaging consequences in humanitarian terms, as well as for the international reputation of the United States.”

Flanagan had a number of other meetings during his time on Capitol Hill, including ones with House Speaker Paul Ryan, Majority Leader Kevin McCarthy, Minority Leader Nancy Pelosi and New York Congressman Joe Crowley.