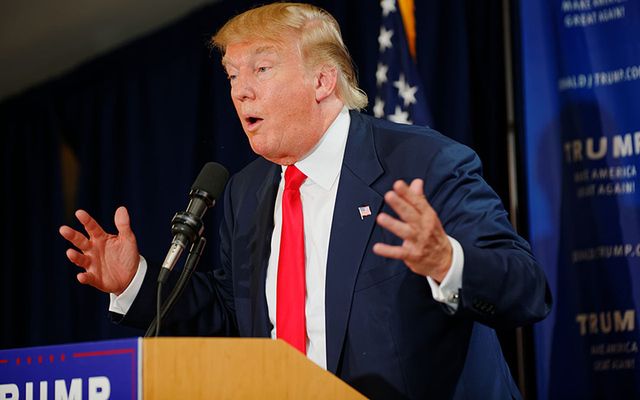 A tweet by President Trump on Sunday implied the Mayor of London Sadiq Khan was foolish to tell Londoners there was “no reason to be alarmed.”

But it later emerged that - in the statement Trump was referring to - Khan had actually said there was no need to be alarmed by the extra police presence on the city streets.

“Londoners will see an increased police presence today and over the course of the next few days. There’s no reason to be alarmed,” Khan said.

With London still recovering from the attack, observers claim Trump’s misleading tweet has enraged the British public and some have likened it to Tony Blair deciding to scold mayor Rudy Giuliani for his failings hours after the Al Qaeda attack on New York City.

It's called 'leadership', Donald. The terrorists were dead 8 minutes after police got the call. If we need an alarmist blowhard, we'll call. https://t.co/NUiy9j4fBt

Khan was elected mayor of London with one of the largest political mandates in British political history. Unlike Trump he won the popular vote too and observers suggest that could explain the particular animus being directed at him from Trump’s Twitter account.

On Sunday Lewis Lukens, the acting US Ambassador to London, publicly broke with Trump and praised Khan’s “strong leadership.” Lukens is the latest in a line of senior American officials preferring to “go rogue” and offer a more traditional diplomatic tone to the often confrontational one offered by the president.

I commend the strong leadership of the @MayorofLondon as he leads the city forward after this heinous attack. – LLukens 3/3 https://t.co/p4dDZuCpyO

Meanwhile from ambassadors to directors to lawyers – it seems that the Trump administration can neither appoint nor keep staff long enough now for them to get a hearing or announce their posts.

Trump fired James Comey on May 9, leaving the FBI without a director for almost a month now. No successor was waiting in the wings and none is being seriously cited. All four of the candidates recently identified as under consideration for the powerful FBI post have already publicly withdrawn their names from further consideration.

Taking to Twitter on Monday to explain the delays in appointing senior staff Trump blamed “obstructionist” Democrats for the slow approval of his selected nominees, including his ambassadorial picks.

But in fact Trump has nominated only 10 ambassador-level nominees to date and there are nearly 190 ambassadorships. 61 posts are currently vacant with no nominees named. It’s the lack of nominations that is the real issue according to Maryland Democratic Senator Ben Cardin.

#FakeNews. Your lack of nominations is the problem. There are only 5 political ambassadors pending. All in process. 1 ready for a floor vote https://t.co/ppakz86VmK

Unable to support the president’s rhetoric or join him on the road this White House is taking, many candidates are simply deciding to stand down instead of stand waiting, whilst scandal or financial conflicts of interest have deterred others.

Meanwhile Khan has called on the British government to cancel the planned state visit by President Trump later this year. Speaking on Channel 4 News this week he said Trump’s visit should not go ahead now.

“I don’t think we should roll out the red carpet to the president of the USA in the circumstances where his policies go against everything we stand for,” he said.

“When you have a special relationship it is no different from when you have got a close mate. You stand with them in times of adversity but you call them out when they are wrong. There are many things about which Donald Trump is wrong.”

One year ago, we lost 49 LGBT friends and allies in a horrific mass shooting at Pulse Nightclub.

How Sadiq Khan and Trump each responded: pic.twitter.com/Q6sRZZ46dx

In January it was announced that Trump had hand picked his longtime friend and frequent Mar-a-Lago resort guest the lawyer Brian Burns to be ambassador to Ireland, but to date no follow up steps have been taken to confirm him or make the appointment official.