Trump's tweets criticizing gun control after the London attacks are truly bizarre. Surely he understands that it was strict gun control in Britain that prevented a much larger massacre from taking place. 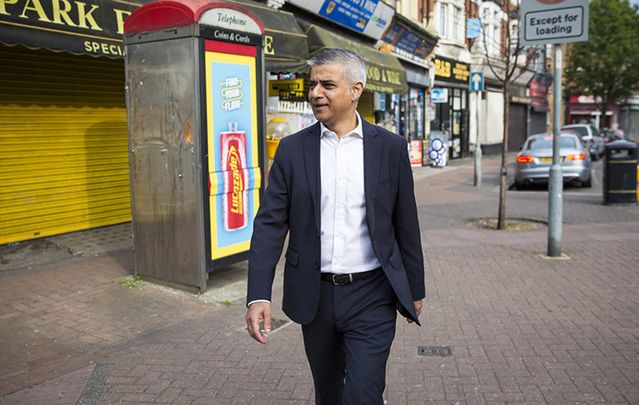 In the same period, 3,300 Americans have died from terrorist attacks.

Those figures have been supplied by the nonpartisan Center for Disease Control in Atlanta.

The number of deaths from American violence on Americans would be much higher were it not for vastly improved triage abilities in emergency rooms, one of the very few upsides to the wars in Afghanistan and Iraq.

The reason homicide rates are dropping is due as much to the ability to save those injured who would previously have died as any heroic police methods.

It is a sobering thought as we contemplate the aftermath of the latest London slaying of the innocents.

How many more would have been killed if easy access to guns up to and including assault rifles were easily available?

Dreadful as the carnage was, with guns involved you would have been looking at Bataclan-type numbers in London.

All of which makes Donald Trump's tweets criticizing gun control rather than praising it all the more bizarre. Surely he understands that it was strict gun control in Britain that prevented a much larger massacre from taking place.

Do you notice we are not having a gun debate right now? That's because they used knives and a truck!

His attacks on London Mayor Sadiq Khan were also disgraceful.

At least 7 dead and 48 wounded in terror attack and Mayor of London says there is "no reason to be alarmed!"

I met Khan at the Irish Post newspaper awards in Britain last November and was deeply impressed. He displayed a knowledge and interest in the Irish community in Britain that was frankly astonishing.

The Muslim son of a train driver from Pakistan who grew up in a very working-class environment, Khan is a fantastic British success story whose rise to what has been termed the second most important job in Britain has been spectacular.

Far from criticizing Khan, Trump should have praised him. He is exactly the kind of ambassador to the Muslim community that the British need.

Once again, it seems, like in Manchester, the suspects were known to authorities, One of them took part in a Channel 4 documentary in recent times spewing pro-ISIS propaganda. At least one member of the circle of friends he had cultivated had turned him into police, but nothing was done.

It is that successive failure in Manchester and London where suspects were known to police and identified by the community but yet they planned and carried out terrorist acts that is most worrying.

It is men like Khan with his in-depth knowledge of the Muslim community who can address that best. It may be that what Britain needs is ethnic community policing, led by Muslim police in Muslim areas to infiltrate and get to know the potential killers in their midst.

It is through working with leaders like Khan that Muslim radicalism can be defeated.

By belittling him and making inane comments about gun control - which clearly worked on this occasion - Trump is ensuring that the US voice on this critical matter will not be heeded by countries on the frontline.

His reaction to London is just another example of everything that's wrong with his presidency. With an arrogant, ignorant and out of touch man in charge, we are losing influence and goodwill by the day overseas. How Putin must be chuckling.