Donald Trump wants to build a wall in Ireland, too

Trump is planning to build a wall along the coast line of his Doonbeg, Co. Clare golf resort. 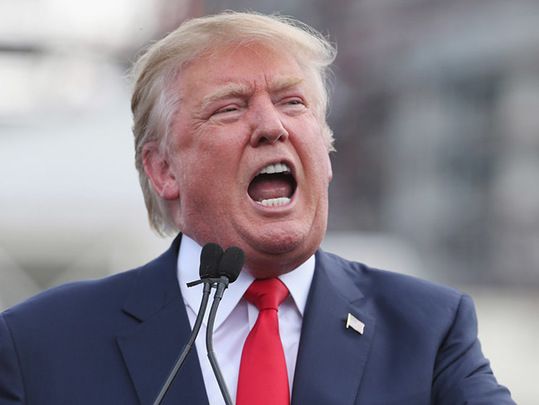 Donald Trump is planning to build a wall along the coast line of his Doonbeg, Co. Clare golf resort.

One of Donald Trump’s key campaign promises thus far is that he will build a wall along the border between the US and Mexico, and somehow compel the Mexican government to pay for it.

His latest wall-related enterprise, however, is in Ireland.

The Republican presidential candidate is planning to build a two-mile-long wall along the County Clare shoreline of his Doonbeg Golf Resort, which he purchased in February 2014 for $20.4 million.

Doonbeg, which will be renamed the Trump International Hotel and Golf Links, suffered damage from the massive waves that battered Ireland’s coast during storms in January and February of last year. On the 18-hole course, designed by Greg Norman, the 14th hole was washed away and the 5th, 9th and 18th holes were damaged.

As a safe-guard against further coastal erosion, Trump’s team in Doonbeg is seeking to build an $11 million wall made up of more than 220,000 tons of boulders.

Trump encountered local resistance on this issue last April, when his firm overseeing the resort’s renovation began placing rock armor along the dunes and shore to prevent further erosion.

Because the coast-line is the natural habitat of Vertigo angustior (the narrow-mouthed whorl snail), an endangered species, the Clare County Council slapped him with a planning enforcement order, directing Trump to desist from any further work.

This time around, Trump’s people have declared that he will not be proceeding with his promised investment of $50 million towards the resort unless the plans for the wall are approved.

A statement obtained by the Irish Mirror noted that the expansion plans for the resort include “additional accommodation, leisure facilities and a banquet hall,” but that carrying out these plans is “dependent on the provision of adequate protection from coastal erosion.”