The news that cheating is going on in the world of competitive Irish dancing puts the very good name of Irish dance in the headlines for all the wrong reasons. 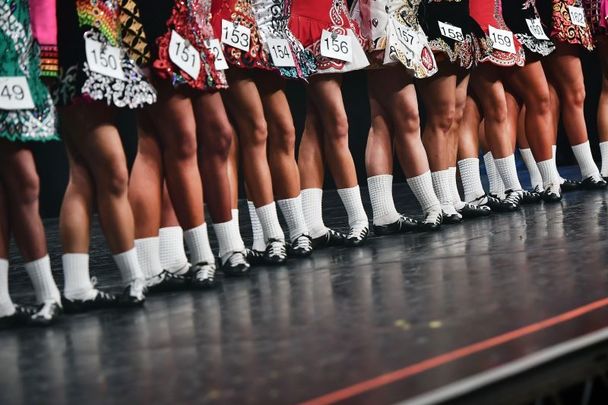 November 2, 2016: Competitors gather on stage as they take part in the All Ireland Irish Dancing Championships in Belfast, Northern Ireland. Getty Images

Each year, Irish dancing is the first encounter hundreds of thousands of kids worldwide have with Irish culture.

What used to be a conservative Irish pastime with very strict rules and judging opened up dramatically with the advent of "Riverdance," possibly the greatest Irish show ever made.

Ask any parent of an Irish dance student and they will tell you just how difficult it can be to attain high levels of expertise in a pastime that requires years of training and offers intense competition.

The benefit to Ireland is often missed. It is perhaps the greatest expression of Irish culture, from Boston to Berlin to Bucharest and beyond.

Land anywhere in the Western world and you can almost be guaranteed that there will be an Irish dance school somewhere in the region.

The fact is, all of this is taken for granted. The current Irish dance scandal which recently came to light asks serious questions about the future of competitive Irish dance and how it is judged.

Cheating is never acceptable; this is particularly so when it affects young children and impacts their dance careers. Thousands of children every year are entrusted to a dance system that should be fair and equal, but clearly is not in many instances.

The revelation that many dance teachers were offering bribes, some even of a sexual nature, to judges to ensure their dancers got a boost in scoring is a shocking development.

An institution like Irish dance can only survive and expand if parents in particular believe that everyone is getting a fair shake.

But in this modern world, where success is everything and just taking part is for losers, that belief has been badly shattered.

There is a major inquiry underway, but the damage has been done in the minds of thousands that there is something very crooked in the scoring process in An Coimisiún Le Rincí Gaelacha, the largest Irish dance organization in the world.

Consider the impact of that on young children just starting out with dreams of becoming the next Michael Flatley or Jean Butler.

The fact that the adjudication of some competitions cannot be trusted has thrown a dark veil over the entire world of Irish dancing and will have long-term consequences.

Put frankly, Irish dancing is a critical part of the reputation of Ireland for producing innovative cultural activities. The news that cheating is going on puts the very good name of Irish dance in the headlines for all the wrong reasons.

In the wake of the latest cheating scandal, Irish dance is in great difficulty, and there can be no whitewashing the investigation into the allegations, no matter where the evidence leads.

The evidence seems to indicate that some in top adjudicating roles within An Coimisiún Le Rincí Gaelacha were allowing bribes and seeking sexual favors in return for high marks for particular dancers.

Many will ask, is nothing sacred? Irish dance, a beautiful expression of Irishness, providing young kids with a way to access their heritage, must be above board in all its practices.

For many years, Irish dance was looked on somewhat suspiciously as a narrow expression of Irish culture, particularly in Ireland where it was bound up with issues such as the Irish language and conservative ideology.

Post-"Riverdance," Irish dance culture has soared, and there are millions worldwide who have enjoyed "Riverdance" and "Lord of the Dance."

The next generation of Michael Flatleys deserves better than having crooked judges and avaricious dance teachers pervert a system that is badly in need of being overhauled.

At its best, Irish dancing is the prime contact for millions of Irish Americans with their heritage. At its worst, it is a sad lesson for young people who compete that adults can seek to twist the competition by using bribes.