Jean Butler, who starred in the original "Riverdance," said she is most concerned for the children who have been caught up in Irish dance's alleged fixing scandal. 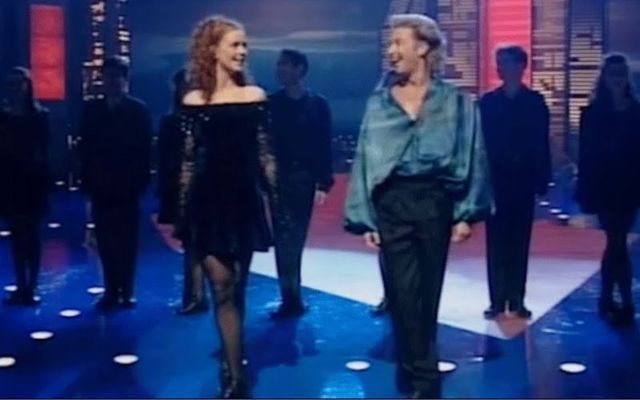 Jean Butler and Michael Flatley perform during the original performance of Riverdance at the 1994 Eurovision Song Contest. Riverdance, YouTube

Jean Butler has spoken out about the result-fixing and cheating allegations that have rocked An Coimisiún Le Rincí Gaelacha (CLRG), the largest and oldest Irish dancing competition in the world.

Butler, who starred in the original "Riverdance" and recently concluded her "What We Hold" Irish dance show in Dublin, said she is most concerned for the children who have been caught up in the scandal.

"I feel mostly empathy for the children, I feel that the dancers who have put in years and I know what it’s like to put in the work for competitions so at the moment my concern is for the children," Butler told RTÉ's Miriam O'Callaghan.

"I think all these allegations need to be investigated thoroughly and if something good comes out of finding out what’s happening and we have a restart, I think that’s what we need to concentrate on and really look after the children."

When asked if the allegations were something she was ever aware of as a competitor, Butler said: "I left the Irish dancing world in 1994.

"My last World Championships was actually, I think, two weeks before the Eurovision song contest.

"So the Irish dancing culture and that world has changed completely and I couldn't comment on what it's like now because I'm on the outside of it."

Butler, whose mother was born in Co Mayo, was born and raised in New York. She was trained in Irish dance by Donny Golden, who she described to O'Callaghan as a "very special teacher."

The talented Irish dancer toured with The Chieftains before appearing in the "Riverdance" interval act during the 1994 Eurovision song contest.

Cheating allegations have rocked the Irish dance world in recent weeks, with some teachers and judges accused of attempting to "fix" results ahead of competitions.

CLRG confirmed that it has appointed a former Court of Appeal judge to oversee investigations into the allegations.

In some instances, specific competitors are identified by their name, competitor number, or costume.

In one instance, one person offers an adjudicator a sexual act in return for high scores.