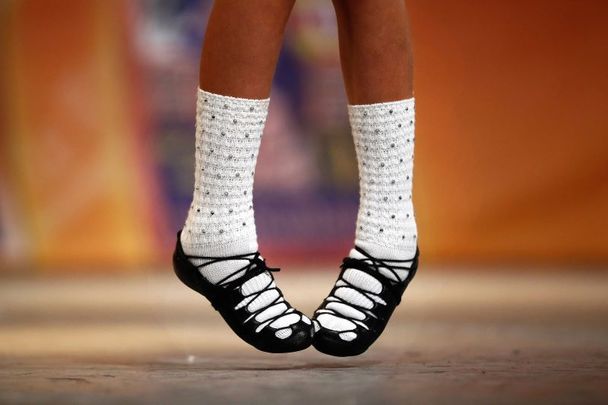 An Coimisiún Le Rincí Gaelacha (CLRG), the largest and oldest competitive Irish dance organization in the world, said this week that it has launched an investigation after it received allegations of "grossly unethical behavior," including efforts to fix results.

IrishCentral has been sent a file that shows the complaints and supporting documentation that was emailed to CLRG in July.

The file has been circulating online throughout Irish dance channels since at least Monday night, though it is unclear who made the file or who began circulating it.

The file seen by IrishCentral includes screenshots of WhatsApp and Facebook messages amongst teachers and adjudicators that show conversations about judging panels, scoring, and results prior to CLRG competitions.

While not all of the messages in the file are dated, the ones that are show a timeframe of 2016 through 2019.

One particularly shocking exchange shows one person offering to perform a sexual act in exchange for high scores.

The messages seen in the file suggest that communication about judges, scoring, and results prior to competitions is a regular practice for some teachers and or adjudicators.

CLRG has not responded to IrishCentral’s requests for comment, one sent on Tuesday and another sent on Wednesday.

However, CLRG has posted this statement on its website, which is similar to the statement read by Joe Duffy on RTÉ Radio's Liveline on Monday: "In July 2022, an Coiste Faire (CLRG Ethics Committee) received allegations, with supporting documentation, of several grievous breaches of our Code of Conduct.

"Such unethical behaviour cannot and will not be tolerated by this organisation.

"Due to the potential extent of such allegations - and to ensure fairness, transparency and thoroughness - the services of an independent former judge of the Court of Appeal have been engaged to oversee and supervise the immediate investigation into these matters. They will have full and open access to the resources and records of CLRG.

"The process will no doubt be difficult and arduous, but this grossly unethical behaviour must be eliminated from our competitions, dance schools and governing organisations.

"An Coimisiún regards such breaches to be Gross Misconduct. Any registered member found to be engaged in such practices will be subject to due and full process under our published Disciplinary Procedures as can be found here.

"This process has already started and the principles of natural justice apply. To ensure the integrity of the process and until it is complete, no further comments will be made."

The CLRG statement was dated October 4, 2022, two days before CLRG's 2022 All Scotland Championships are due to begin in Glasgow.

While it is unclear who first began to circulate the file containing the complaint, or why, it has now been spread throughout the Irish dance community via social media and online forums, understandably triggering outrage.

The allegations of 'result fixing' compound the frustrations many parents of Irish dancers are already grappling with, including concerns about "politics" lurking in the background of competitions, steep financial costs to compete at high levels, and the pageant-like look some teachers and adjudicators expect from competitors.

Many parents will be asking themselves if it's all worth it, especially when the allegations show that the efforts of children and young adults are being manipulated.

Some parents of Irish dancers are demanding answers and action from CLRG and floating ideas of boycotts and protests at upcoming competitions, while others are walking away from the sport altogether.

Duffy revisited the matter on Wednesday's episode of Liveline.

"It's hugely competitive," one parent told Duffy. "The dream is to get to World Championship level. These children are beautiful dancers and these dances are ancient.

"I think our ancestors would be shocked."