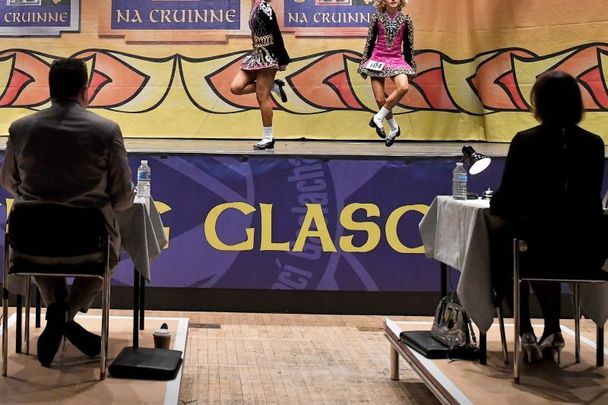 An Coimisiún Le Rincí Gaelacha (CLRG), the largest and oldest competitive Irish dance organization in the world, said it has launched an investigation after it received allegations of result fixing.

CLRG’s statement was shared on the Irish radio program Liveline on Monday, October 3 by host Joe Duffy, who said the show received the statement from a listener "out of the blue" that morning.

Duffy read the statement, which said: “An Coiste Faire [CLRG’s Ethics Committee] has reported having received allegations with supporting documentation of several grievous breaches of our Code of Conduct.

"Such unethical behaviour cannot and will not be tolerated by this organization.

“The evidence apparently dates back several years and identifies individuals allegedly offering various inducements to promote dancers to a higher than deserved placing at particular competitions.

“It is believed that there are a number of teachers and schools implicated in the allegations.

“Due to the possible far-reaching extent of such allegations, and, to ensure fairness, transparency, and thoroughness, the services of an independent former judge of the Court of Appeal has been engaged to oversee and supervise the immediate investigation into these matters. They will have full and open access to the resources and records of CLRG.

“The process will no doubt be difficult and arduous, but this grossly unethical behaviour must be eliminated from our dance genre.

"We again appeal to any person with similar information, that they should come forward and send such evidence to faire@clrg.ie for inclusion into this independent investigation.

“An Coimisiún regard such breaches to be Gross Misconduct. Any registered member found to be engaged in such practices will be subject to due and full process under our Disciplinary Procedures.”

Duffy reiterated that the allegations are about what he called "feis fixing."

Notably, Duffy added: “We were contacted by the CLRG saying, ‘please don’t mention this.’

“Well, you gave us a statement? And you’re the national body, you’re the biggest organization for Irish dancing.”

CLRG's statement, which is understood to have been shared with members via email, has not been posted on its website or social media pages as of Tuesday evening. CLRG has not responded to IrishCentral's request on Tuesday for comment.

CLRG says its main objective is “the preservation and promotion of Irish Dancing, including step dancing, ceili dancing, and other team dancing."

In its rules, CLRG says it is "committed to ensuring that Irish dancing instruction and adjudication is provided at the highest level," and that "all registered teachers and adjudicators must work towards his/her commitment within the context of fairness and equal opportunity to all their pupils."

The news of the investigation comes just before CLRG Irish dancers will compete at the 2022 All Scotland Championships, which are being hosted in Glasgow from October 6 - 9.

CLRG says that in order to adjudicate at CLRG-sanctioned events, a person must be "registered and in good standing with An Coimisiún Le Rincí Gaelacha as an ADCRG."