Irish politicians are responding after serious allegations of 'result fixing' within the Irish dance organization An Coimisiún Le Rincí Gaelacha (CLRG) have prompted an investigation. 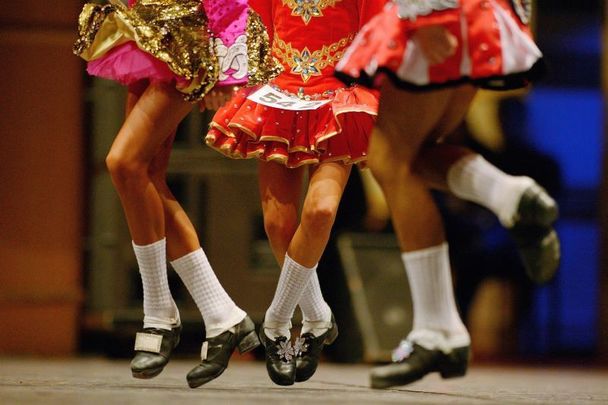 Irish politicians are speaking out after An Coimisiún Le Rincí Gaelacha (CLRG), the largest and oldest competitive Irish dance organization in the world, confirmed it is investigating allegations of 'result fixing.'

Catherine Martin, Ireland’s Minister for Tourism, Culture, Arts, Gaeltacht, Sport, and Media, said on Thursday, October 6, that she plans to write to CLRG after the serious allegations came to light this week.

In a statement to IrishCentral, a spokesperson for Minister Martin said she is “aware of media reports about Irish dancing competitions.”

The spokesperson noted that the Department and its agencies have "no funding, regulatory, or accreditation role" in relation to CLRG or the competitions it organizes.

The spokesperson continued: “Nonetheless, Minister Martin is concerned that children and young people are treated fairly in dance competitions and can be confident that they are being treated fairly.

“The Minister also welcomes reports of the appointment of a retired judge to examine these matters.

“Furthermore, Minister Martin intends to write to the organization in question to seek assurances that they are taking the necessary steps to restore confidence for the very many families around Ireland and further afield that have a love for Irish dancing and that fairness is at the heart of all of their competitions.”

Meanwhile, Tanaiste Leo Varadkar told the Irish Independent: “It is very concerning, very worrying that anything like that would happen. And I do believe it needs to be properly investigated.

“It needs to be fully and thoroughly investigated so we can find out what the facts are and if people have been engaged in any wrongdoing, [they should be] held to account.”

He added: “Potentially it could cause reputational harm but the solution is not to cover it up, it’s to deal with it and investigate it properly and hold people to account."

On Monday, October 3, serious allegations of results fixing at CLRG-sanctioned competitions began to come to light.

In some instances, specific competitors are identified by their name, competitor number, or costume.

In one instance, one person offers an adjudicator a sexual act in return for high scores.

CLRG posted a statement -  which is similar to the statement read by Joe Duffy on RTÉ Radio's Liveline on Monday - on its website on October 4 that says: "In July 2022, an Coiste Faire (CLRG Ethics Committee) received allegations, with supporting documentation, of several grievous breaches of our Code of Conduct.

"Such unethical behavior cannot and will not be tolerated by this organization.

"Due to the potential extent of such allegations - and to ensure fairness, transparency and thoroughness - the services of an independent former judge of the Court of Appeal have been engaged to oversee and supervise the immediate investigation into these matters. They will have full and open access to the resources and records of CLRG.

"The process will no doubt be difficult and arduous, but this grossly unethical behavior must be eliminated from our competitions, dance schools and governing organizations.

"An Coimisiún regards such breaches to be Gross Misconduct. Any registered member found to be engaged in such practices will be subject to due and full process under our published Disciplinary Procedures as can be found here.

"This process has already started and the principles of natural justice apply. To ensure the integrity of the process and until it is complete, no further comments will be made."

The allegations have come to light this week as CLRG prepares to host a major competition, the 2022 All Scotland Championships, in Glasgow from October 6 - 9.