Irish Americans need to do more to tackle racism

"A shared understanding, a need to walk in the other’s shoes, is the grassroots way to change." 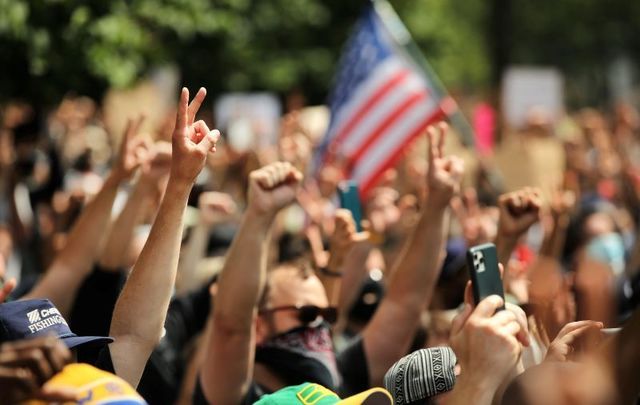 The Irish should have a deep affinity with the black community. We need to connect and do more to end racism in the United States.

I stood on 125th Street in Harlem on November 4, 2008, the night Barack Obama was elected as the 44th president of the United States. The streets in Harlem exploded in joy, not anger. I especially remember interviewing an older woman, a great-granddaughter of a slave who wept openly.

It was easy that night to imagine that the death knell of racism had been sounded, that the election of an African American president had changed everything.

I certainly thought so.  But I was wrong.

We Irish should understand well the boiling point that African Americans have reached. There should be a natural affinity between blacks and Irish.

After all, we have much in common.

The slave ship and the coffin ship were why the Irish and blacks came to this country, but once they disembarked the Irish found a way to succeed while blacks did not.

It was not a case of Irish superiority, but rather a deep and abiding racism by white America, or large swathes of it, against African Americans.

There were 500,000 slaves in America when the United States was created. Powerful forces wanted to exploit and prosper because of slavery, and they did. An incredible wave of racism, covering up guilt, is still a reality today.

Many Irish joined in that racism.  Others, like John and Robert Kennedy, were beacons for understanding and including black America.

The histories diverged. Few Irishmen, if any, were lynched. Thousands of African Americans were.

The last black lynching was 1981, just under 40 years ago, when in Mobile, Alabama on March 21, 1981, several Ku Klux Klan members beat and killed Michael Donald, a 19-year-old African American, and hung his body from a tree.

All that lynching history is known but glossed over by most whites who place it firmly in the past.

But no one can ignore the modern day lynching of George Floyd. A knee to the neck for nearly nine minutes is comparable in its cruelty and viciousness to any lynching -- and this was a police officer who was committing the murder.

I probably had more conversations that night with African Americans than I have had in decades as a founder and publisher of Irish American titles I am sorry to say.

I am hopeful that post-COVID, the network can meet and expand and grow.  We all need to help here.

There is much to learn. As an immigrant I took for granted the existing structure, never taking the time to think about how African Americans remained nailed to the bottom of the heap.

It was only in recent years that the entire impact of what was done to African Americans in this country for 400 years really began to hit home.  Floyd is just one more victim in an endless stream of them, but his tragic death has truly flipped the switch.

Now we have marches, riots and “get tough” slogans from that empty suit – AKA Donald Trump. There is a hue and cry, but no real action it seems.

Instead, we should listen to one of the very few leaders left in America, former President Obama who wrote on Monday, "Yes, we should be fighting to make sure that we have a president, a Congress, a U.S. Justice Department, and a federal judiciary that actually recognizes the ongoing, corrosive role that racism plays in our society and want to do something about it.

"But the elected officials who matter most in reforming police departments and the criminal justice system work at the state and local levels.”

Obama is right. Local controls -- the police chiefs, the mayors, the town and city councils and the community leaders -- are the most important people in all this, not Bullhorn Donald.

A shared understanding, a need to walk in the other’s shoes, is the grassroots way to change. It would come too late for George Floyd but maybe not for other innocent African American men.