Dr. Miriam Nyhan Grey from NYU on her family's views on racism and Donald Trump in a post-George Floyd world. 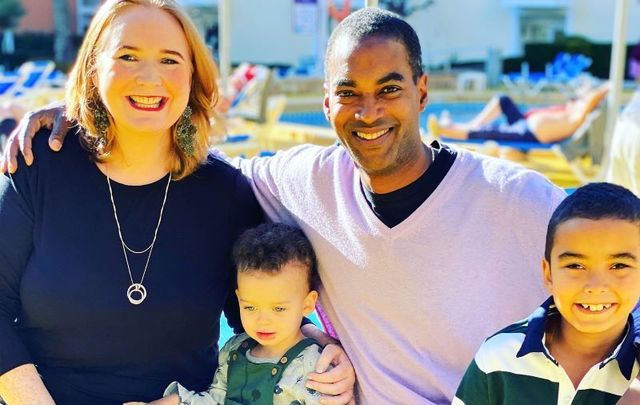 Dr. Miriam Nyhan Grey, from Wicklow, of New York University, her husband Eon Grey and their children. Nyhan Grey's own.

Raising a mixed-race family in New York can be tough even when racial tensions aren’t boiling over, a fact that Dr. Miriam Nyhan Grey, the County Wicklow-born director of graduate studies and New York University’s global coordinator for Irish studies, knows all too well.

The murder of George Floyd last week has infuriated Dr. Miriam Nyhan Grey, a long-time proponent of closer ties between the Irish and African American communities who has done extensive research on the commonalities and is a member of the board of the new African American Irish Diaspora Network.  She and her African American husband Eon Grey were married in 2011 and they have two young sons, Aodhán and Leon.

“Unfortunately, I was not as shocked by the death of Mr. Floyd as I should have been. I have watched a palpable deterioration in race relations and an upsurge in hate speech and bigotry actions since late 2016.  Where we live, we have seen a significant uptick in, for example, the desecration of synagogues,” Nyhan Grey told the Irish Voice.

Resident in New York since 2006 when she came to New York University as a visiting scholar from Italy, Nyhan Grey says the killing of Floyd has heightened the fears she has for her young family, particularly her husband. 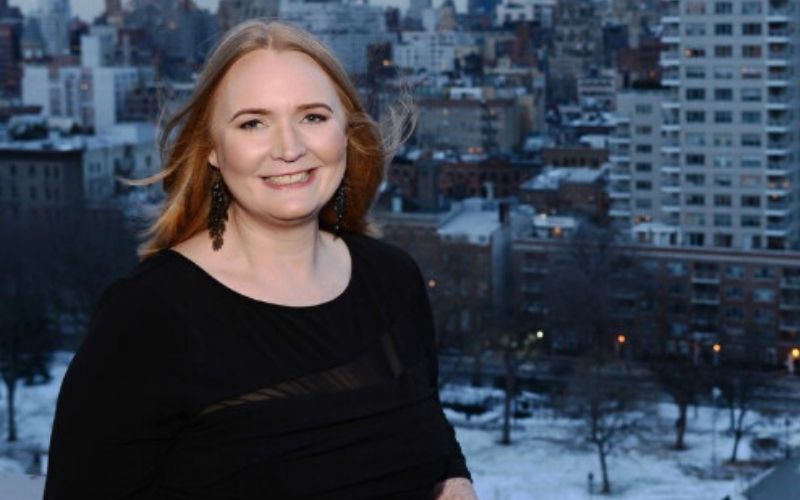 “My husband and his friends grew up witnessing, and experiencing, police brutality so this is not at all new -- we see this as a 21st-century lynching. As a family, we are always at a heightened state of awareness when there is any interaction with law enforcement, which is not how I grew up in the Republic of Ireland,” she says.

“I worry about my husband's safety when he is engaged in day to day interactions, which is not something I should need to do.”

Her sons are young, but when the eight-year-old was only six and a half he asked his parents, “Why does Donald Trump hate brown people?”

“What is the saying? From the mouth of babes?” Nyhan Grey says.

Keeping their boys safe as America continues to be rocked by racial strife is an ongoing concern for the Greys. 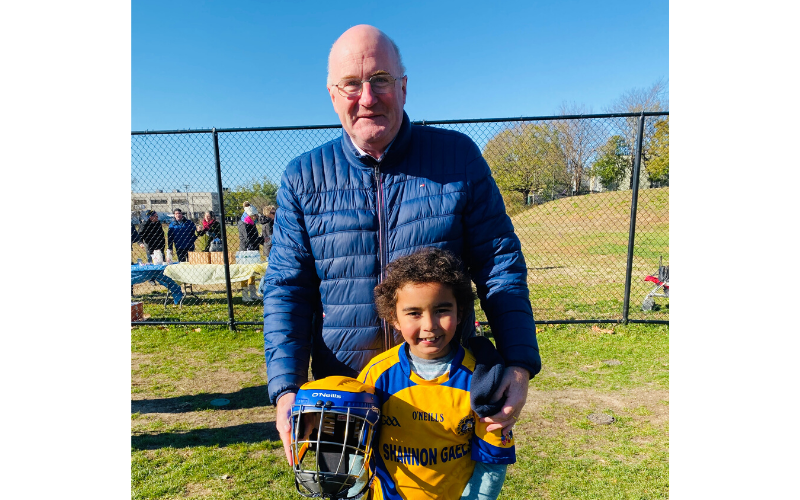 Aodhán Grey in Ireland with John Horan, the president of the GAA.

“This is very worrying but not something that has not been a consideration for a long time -- i.e., the safety of our mixed-race children, even in a city like New York in the 21st century. The Trump administration has exacerbated all this so much,” Nyhan Grey says.

“The Obama era feels akin to how Reconstruction must have felt for those encountering Jim Crow. I dread our sons getting older in this America. I worry about their safety and that of my husband's all the time. It is truly exhausting.

“There is no leadership right now, at least from the White House. People are exhausted and angry and have a right to protest and should be allowed to do so,” she adds.

“For someone familiar with Irish history, the actions and inactions at the highest level are very worrying and the disparity in attitudes towards the right to protest is egregious. Some protesters are held up and celebrated as patriots while others are demonized and shunned.”

Nyhan Grey feels Irish Americans have a vital role to play in securing peace and equality for all Americans.

“I would like to call on Irish people, especially in the United States, to read their histories both of Ireland and this country as a way of reminding them that oppression is cruel and unpleasant and we need to take a role in speaking up and out on justice and inequality. We are not stepping up enough as a community and we need to be on the right side of history on this one,” she says.