On This Day: Roger Casement's body was exhumed to be re-interred in Dublin

Details of the “macabre” exhumation of Roger Casement’s body. The grim reality of the goodwill gesturing in moving the 1916 hero's remains from Pentonville to Glasnevin, Dublin. 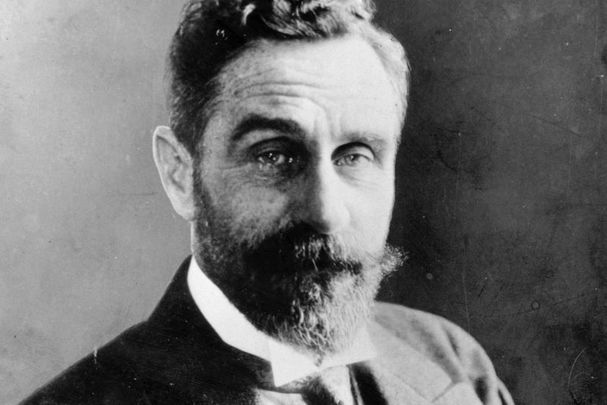 Amazing details emerged of the delicacy required in exhuming 1916 hero Roger Casement’s remains from a London prison grave before they were returned to Ireland 56 years ago.

The Irish Times, which in 2020 described the dig as a “macabre exhumation," outlined the details discovered in a volume of documents available from the archives of the Department of Foreign Affairs.

Casement, a Dublin-born former knighted British civil servant, was hanged for treason in the aftermath of the 1916 Easter Rising after he was landed by a German submarine on Banna Strand.

The return of his remains to be buried in Ireland had long been sought by Irish governments and it was finally agreed by the British Prime Minister Harold Wilson in 1965.

The duty of observing the exhumation at Pentonville Prison fell to an Irish diplomat based at the London embassy. In a memo sent on March 4, 1965, he recorded that he went to the prison with other Irish and British officials to supervise the dig, on Feb 23.

British officials expected to find a layer of charcoal near the body as they understood lime was not used at the date of Casement’s execution. They believed the grave would be 10 feet deep and the soil was typical London clay, which was heavy and difficult to dig.

Instead, they surprisingly came across a layer of lime and very thick mud and water and a pump were obtained to gradually excavate the grave.

The Irish diplomat’s memo noted, “In this hole in the middle we came across the arm bones, the bones of the pelvis and many ribs and vertebrae. We also came across the thigh bones.

“These were all extremely well-preserved by the action of the lime though very much blackened by it and encrusted with soil and lime itself. We got some water and had them washed and dried and put in the coffin.”

One of the workmen disturbed bones with a pick-ax, understandably considering the working conditions.

The memo added, “However, at this stage, it became a matter of some delicacy to find the head and if possible to see that we preserved it as intact as possible . . .

“When this was done and the bones were washed we felt that we had practically all of them that could possibly have survived the action of the quick lime and of 49 years in a waterlogged grave.”

The next day the remains were flown to Ireland. An elaborate state funeral followed on March 1, with the coffin brought through the center of Dublin, where huge crowds had gathered, before being interred in Glasnevin Cemetery.

The transfer of Casement’s remains from Pentonville to Glasnevin was conceived by the Irish and British governments as a symbolic gesture of goodwill that would set the political stage for the Anglo-Irish Free Trade Agreement of 1965.