An Irish hymn as Gaelige for St. Patrick's Day. Ag Críost an Síol is an Irish song to remember this year that deeply reconnects us all to something from the Emerald Isle. 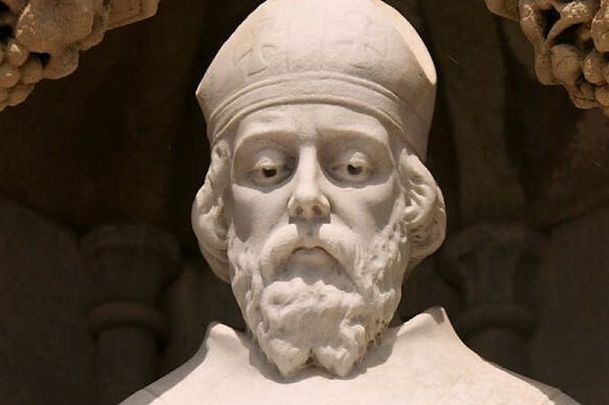 An Irish hymn as Gaelige, for St. Patrick's Day, which seemed to momentarily restore us to our senses, deeply reconnecting us all to something.

Some things you never forget. The four seasons in one afternoon weather of middle March, for example.

The unpredictable weather around St. Patrick's Day. The day could start out fine and sunny, and then an inexplicable sudden shower of hailstones would torment the poor daffodils, only to disappear as quickly as it had arrived.

It's an unsettled and unsettling month, March. After the surprise of that hail the wind might pick up for a little bit, then quieten down and be followed by a fine rain, then sun again.

Spring, summer, autumn, and winter in one afternoon. You have no choice but to go with it up north around Donegal.

But what I remember most now are the songs they would sing in Irish in our local church on St. Patrick's Day.

One, in particular, I found very striking. The hymn “Ag Críost an Síol” had a haunting solemnity. It sounded, I thought, a bit like our secret inner lives.

It reminded us quite emphatically that we were not, in fact, English, and it seemed to express something foundational and enduring, albeit a bit broken, about us too.

I didn't know what that was then. I have a better idea now.

I remember that when “Ag Críost an Síol” was sung everyone in the church was silent, paying rapt attention. It was as if we were being momentarily restored to our senses.

What's happening now is important, our manner said. I think it was because we were deeply reconnecting to something.

In our daily lives, our use of English was lively but straight to the point. We used it for commerce, for news reports, for the daily round. It was suited to those tasks.

It was only on high holy days that we unpacked our extraordinarily expressive first language (and the past it inevitably made of think of) in remarkable Irish songs that when sung brought the day to a complete standstill.

To listen to “Ag Críost an Síol” was to see a road opening into a lost world that you could feel and see and still not enter. It was a bit like unlocking a gate at the entrance to a little Eden. It was still all there in front of you, tantalizingly close, but you could never return.

That's the thing about Eden: it stays lost. The meaning of “Ag Críost an Síol” was about returning to Christ to live in paradise.

But the melancholic sound said something else, something deeper, something harder to express. My little town didn't go in for theatrics, but every March when that song was sung the mask suddenly dropped and we were momentarily exposed.

It was written in 1916 by Father Michael Sheehan, but the feelings it expresses, the sound and the sense, seem much older, even ancient. The words were eventually set to music by the legendary Seán Ó Riada in 1968, in yet another watershed year for the Irish.

Perhaps that's why the song seems to contain much more than it should. Listening to it, it feels like a lament.

The lyrics tell us to rejoice but the sound undercuts it. For paradise to be found it also has to be lost, the song implies.

I was a teenager the last time I was properly at a Mass. Even then I was a convinced heathen.

I would go on Saint Patrick's Day just to hear them sing “Ag Críost an Síol.” Even at 15, I knew how important it was.

Outside the church, for a mile in each direction, lay a landscape scarred by eight centuries of colonialism. The attacked and ruined castles of the Gaelic aristocracy, the sights of religious purges, collapsed famine cottages, 19th-century workhouses and abandoned mills, all the emblems of exploitation and oppression that we walked past every day without a thought.

All of that came at a terrible cost. We lost something foundational.

So here we were on the day that we celebrated our national saint and our Irish identity singing a joyful song that actually sounded sadder than words.

Here are the lyrics to "Ag Críost an Síol", first as Gaelige and then in English:

From growth to age, from age to death,
Thy two arms here, O Christ, about us.

From death to end, not end but growth,
in blessed Paradise may we be.