Irish government must act as key US community dwindles due to the lack of a replacement generation of Irish-born immigrants. 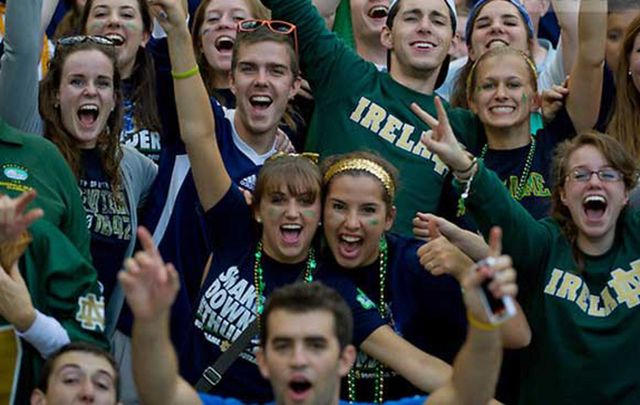 "The notion of an “always Irish America” seems to be taken utterly for granted by Irish governments." Notre Dame

We may be writing about the obituary of Irish America within a generation or two.

Already front-line Irish organizations in the United States such as the GAA and the county and benevolent associations are suffering because of the lack of a replacement generation of Irish-born immigrants.

As the impact of first-generation immigrants from Ireland fades, it becomes more important that those of Irish lineage, but not directly from Ireland, become engaged in Irish culture and community.

Ireland without its American footprint would be a Belgium or Holland, countries with no clout or impact in the United States and little or no access to key political or economic figures.

If that doesn’t sound like an important connection, consider there would have been no peace process without Irish America engaging the Clinton administration and a lot fewer US companies in Ireland were it not for Irish-American bosses such as Don Keough bringing Coca-Cola to his ancestral home.

There would also be far fewer Irish-American tourists if the seeds of the attachment to the home country are not sown.

On the political side, it would be a foolish notion to discount the idea of the US aiding Ireland on the Brexit issue thanks to Irish-American pressure if the day dawned.

The notion of an “always Irish America” seems to be taken utterly for granted by Irish governments, despite superficial claims to the contrary.

Clear evidence of a weakening of the bonds and recent events have confounded the community in the US, however.

Chief among them was the decision to drop for 2017 the Irish birthright program based on the Israeli program which has brought 400,000 young Jewish teenagers to Israel since 1999.

A birthright program for Irish Americans was widely welcomed by the community in the US.

Irish-American groups at the Irish diaspora forums held by the Government had lobbied strongly for a similar program for Irish-American teenagers to begin the process of getting engaged with Ireland sooner.

There was widespread satisfaction and major headlines when minister of state for the diaspora Jimmy Deenihan announced a pilot program for 2016.

There was incredible enthusiasm among Irish-American families; and, sure, if there were only 20 students on the first birthright program, well the numbers would surely shoot up in future years.

Instead, there was silence from the Government after 2016 and, finally, a belated admission that the program had effectively been scrapped for 2017 pending a review.

It baffles me as to what there was to review. The plaudits for the initial course were heard far and wide across Irish America, the program was a success and could be built on massively. It was an investment in a vital aspect of the Irish and Irish-American future.

Instead, there’s a review which we expect will go to the same place to die as it seems most reviews go. Birthright is dead until otherwise proven.

As it happened, I had had a query from the chief of staff of a key US senator asking how to apply for his two daughters, a perfect example of how the program would benefit Ireland. I had to tell him there was no point.

Then we had the gullible reporting on the Taoiseach’s pledge for votes for emigrants, again seemingly an embrace of the Irish abroad long overdue.

It was announced amid fanfare during the Taoiseach’s visit to the US over St Patrick’s Day that a referendum would be held.

The devil, as always, was in the detail. One report said the likelihood was that a lengthy consultation process would be pushing the matter back to 2025. Try 2095, in my opinion, or the 12th of never.

Empty gestures make most noise, alas, and there has been little informed discussion of where the Irish and Irish-American relationship needs to go to keep the social, cultural, ancestral, political and economic ties that are so vital to both communities.

Ireland is the keeper of the flame for tens of millions of Irish-Americans, that flame will flicker and die in generations to come unless the Government and its successors wake up to the threat.

The green fantasy train every St. Patrick’s Day week that politicians love to roll along on could very easily be derailed.

The halcyon days of the Kennedys, Clinton and Joe Biden are gone.

The lack of future emigration after the 1965 Act effectively closed out the Irish, and that has really begun to bite.

The Irish and Irish-American relationship needs a fundamental reset and not another global forum with no clearly-defined objectives.

Can the Government, or a successor, step up to the plate and dispense with empty gestures? The answer right now is a fat maybe.

Read more: New travel rules will make it harder for Irish to visit the US

* This article was originally published on April 10, 2017 in the Irish Times.