A foolproof way to predict the winner of Trump versus Biden?

Political consultant James Carville keeps his eye on one statistic in the lead up to the presidential election. 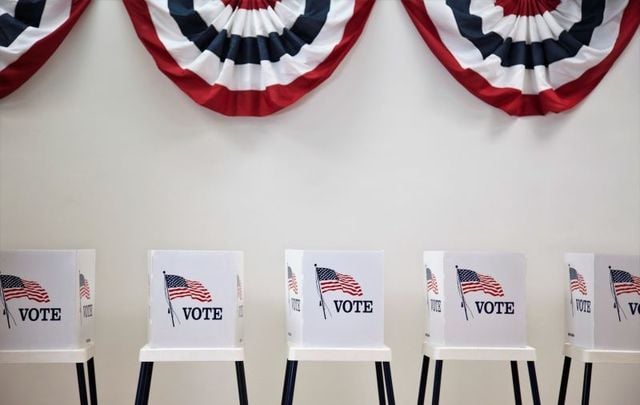 Clinton followed the advice, made the race a referendum on the economy, and defeated Geroge Bush Senior for the presidency. Carville's now-famous phrase was hung in the Clinton war room.

For that reason alone, Carville, whose grandfather John Madison Carville was from Ireland and was described as a “carpetbagger,” is always worth listening to when he assesses a presidential race.

Amid all the furor and fighting over which poll is right, which one is crazy, which one is biased, Carville keeps a cold eye on one statistic.

That is the president’s approval rating - how popular he is with the electorate. In successive elections, that number has been the most effective barometer about how he will perform vote-wise in the election.

So forget all the algorithm geniuses, the slice and dice, the electorate merchants. Carville is the person to listen to.

The fact is, as Carville explains, is that Trump has never risen above the forties in approval ratings during his presidency.

Carville explains that he has never understood why Trump decided to become the president of Red America, catering only to his supporters, never reaching across the aisle.

Given that situation, Carville says, Trump will always have undying loyalty and fealty from his own 42-45 percent side, but no crossover vote.

So let's give Trump a 42 - 45 percent approval rating, which is where he has been throughout his presidency, extraordinary in itself in its very narrow range. There is every reason to believe that Trump will finish in that range. The 42 - 45 percent figure is a massive missed opportunity for Trump.

The fact is that even when Franklin D. Roosevelt was running for president, his Republican opponent managed 40 percent or so of the vote.

The point is that even if the GOP ran Hulk Hogan, he would probably end up around 40 percent in the election.

So, Carville argues, quite convincingly, that Trump will stick to that narrow band and lose because he never grew his base. Remember he was elected with just 46.1 percent of the vote.

He will never crack the 50 percent mark. Indeed, the NBC / Wall Street Journal's final poll has Biden at 52 percent to Trump's 42 percent.

So my money is on Carville’s belief that Trump will fall far short of the 50 percent and lose the election with Biden winning 330 or so electoral votes in a blowout.

Judging by the vote explosion, it also looks good for Dems. The more votes the more likely it is Democrats, who are less reliable voters, are the ones actually coming out.

Given the desperate state of the nation, it is not a moment too soon.