Why is Bill Donohue crying “fake news” on the Tuam babies story? Attention. 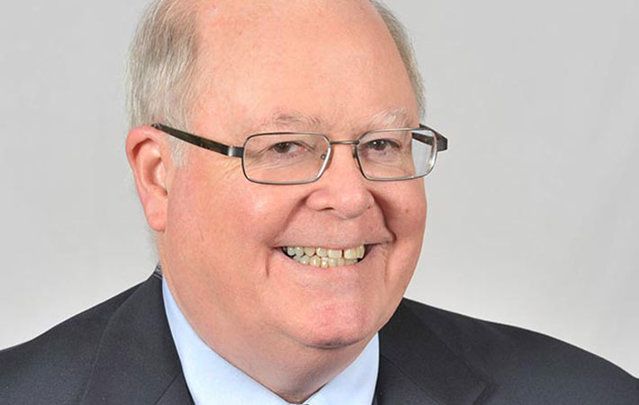 Bill Donohue of the Catholic League. A. Mejia

The head of the Catholic League for bigoted Catholics no longer seems to matter as the St. Patrick's Day Parade has literally passed him by.

Now that gay groups are accepted in the parade Donohue is a shadow of his former self.

Instead, these days Bill is railing against the Irish media and politicians of all backgrounds. That’s because Irish authorities are calling out the Catholic Church in Ireland on its disgraceful record of abuse for out-of-wedlock children.

Those children who died in massive numbers in Catholic homes (and one Protestant one too, it must be stated) were starved, used as drug guinea pigs, sold to America, and many little bodies were sold for dissection after premature death.

Nothing to see there, says Donohue, who must have worn horse-sized blinkers not to be moved by the horrific treatment of generations of young, and incredibly vulnerable, children.

The Irish mother and baby controversy may be Bill's last chance at the headlines he so deeply covets. He calls the stories 'fake news,' even when the AP, Irish Prime Minister Enda Kenny and the independent Commission of Inquiry all found otherwise.

Plaque dedicated to the Tuam Babies outside the land which contains the mass grave of up to 796 children.

Time was when March came around Bill could soak in the warm bath of media attention for his attacks on gays marching in the New York St. Patrick’s Day parade, which always got him headlines.

Alas, Cardinal Timothy Dolan, of all people, has put Bill and his ilk in their place.

Dolan marched as Grand Marshal in 2015 despite Donohue’s protest and withdrawal from the parade, while last year even Mayor De Blasio joyously embraced the Cardinal who held a St. Patrick’s Day reception at his residence attended by the Irish gay group.

The Pope Francis imprint is obvious thanks to his famous “Who am I to judge?” comment about gays.

On parade day Dolan told CBS2’s Marcia Kramer he was thrilled that decades of division were finally over.

“There’s a great spirit; the weather helps – a wonderful sense of unity and friendship,” Dolan said. “I’d say hallelujah, but I can’t because it’s Lent.”

The parade was especially meaningful for gay former City Council Speaker Christine Quinn, who proudly marched in the parade with her 89-year-old father after years of protest over the exclusion of gay, lesbian, bisexual and transgender New Yorkers.

No, what’s contemptible Bill is shilling for a few headlines, defending the indefensible of Ireland's mother and baby homes scandal. The only fake thing about these scandals is his faux outrage.

It may be time to join the Munchkins lollipop league, Bill coz you are out of your current league completely.