The Diocese of Rockville Centre is urging followers not to take certain COVID vaccines as they have connections to abortion. 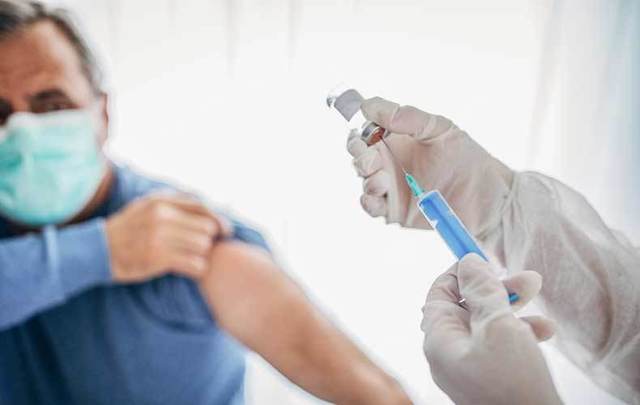 Sixty-eight members of the clergy connected to the Diocese of Rockville Centre on Long Island were credibly accused of sex abuse dating back to the sixties.

Three hundred and twenty child victims of these predators were awarded $57 million, with more to come. There are an estimated 200 complaints still under review.

On October 1, 2020, the diocese filed for bankruptcy protection, stating that it did not have the funds to fight the cases pending. The financial burden of defending the allegations was too great, Diocese of Rockville Centre Bishop John Barres said in a statement.

In other words, let’s try and cheat the little victims out of the compensation they so richly deserve.

You would think with that kind of dreadful behavior exposed, leaders of the diocese would be the last people on earth to appeal to moral values.

But that is exactly what they have done, with the Diocese of Rockville Centre now calling on all Catholics not to take the Johnson & Johnson or AstraZeneca vaccines because the stem cell used in their research and development was taken from an aborted fetus back in the 1950s.

The diocese on Long Island is not alone either, as the U.S. Bishop Chairmen for Doctrine and for Pro-Life have called for the same thing from members of their flock.

These Bishops are acting even though Pope Francis has cleared all vaccines for Catholics on the grounds that they are vital not just to protect the vaccinated person, but all those who come into contact with them.

“I believe morally everyone must take the vaccine,” the pope said in a January interview.

Now one of the worst dioceses in the United States for harboring pedophiles prefers to ignore the pope -- on moral grounds.

Dr. Lisa Honkanen, Director of the Office of Human Life, Family & Bioethics at the Diocese of Rockville Centre, stated that they objected to Johnson & Johnson and AstraZeneca “... on moral grounds related to their connection to the evil of abortion."

She admits that the Pfizer and Moderna vaccines too have a connection to cell lines that came from an aborted fetus, but said that “their connection to the initial evil of abortion is remote.”

Well, that’s good to know, we can become a  little bit pregnant. It would be laughable if not so serious. Especially coming from the paragons of perfection themselves, the overseers of the Rockville Centre diocese.

The diocese which serves 1.4 million Catholics in Nassau and Suffolk counties was always one of the richest in New York. They really had some extraordinary leaders over the years also.

Take Bishop William Murphy, who served as leader until the end of 2016. He was the cover-up king in the Boston Archdiocese when based there.  He also loved the lap of luxury.

When he came to New York just ahead of the pedophile posse, Murphy decided he needed to live life in grand style in a renovated home in Rockville Centre. Thanks to his high-living antics he was dubbed “Mansion Murphy” by Pulitzer Prize-winning American journalist Jimmy Breslin.

It is estimated Murphy spent $5 million on renovations including $1.6 million on gold plating of the brass pipes of the church organ.

Now his successor is intent on guilt-tripping those whose lives may be saved by taking the Johnson & Johnson or AstraZeneca vaccine. The leaders of the Rockville Centre diocese are the poster children not for moral behavior, but for moral turpitude.