Could Cardinal Joseph Tobin be the first Irish-American pope?

At 68, Cardinal Tobin is at the best possible age to be “papabile," with Pope Francis entering the later stages of his papacy. 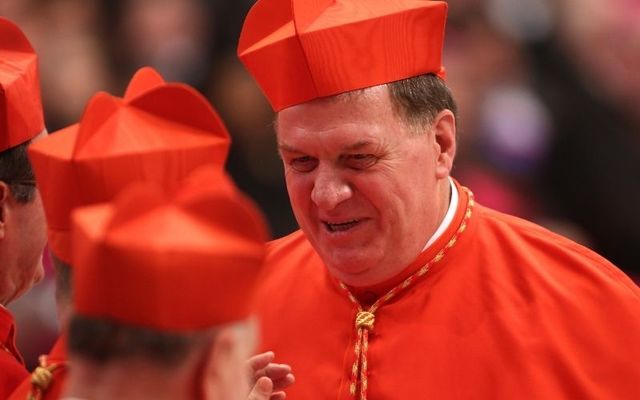 The choice of Cardinal Joseph Tobin of New Jersey to the key Vatican Congregation of Bishops committee which is responsible for selecting bishops all over the world is a clear sign that Pope Francis may have greater things in store for the Irish American cardinal.

Indeed, like as there was with Boston’s Cardinal Sean O’Malley during the last papal election, the notion of Tobin becoming a strong candidate to succeed Francis as pope is clearly seen as a possibility.

The pope and Tobin are very close having first met at a 2005 Synod on the Eucharist and Tobin has become the eyes and ears for the pope in America where a right-wing slant still exists in the existing US congregation of bishops.

Tobin is leading the effort to liberalize the church in America and has gained the confidence of the pope in so doing.

The influence of Francis on the next convocation of cardinals selecting a new pope will be profound with the majority of cardinals far more pastoral than doctrinaire and they will be likely seeking one of their own to become pope.

Tobin would feature in any such discussion, a  broadly liked pastoral bishop who also knows the Roman system having spent years at the Vatican. His knowledge of the global church is immense as he comes from a missionary order, the Redemptorists.

Tobin has not been afraid to air his views, strongly criticizing the original US Bishop’s statement after the election of Joe Biden when the statement focused heavily on abortion, not that Biden was only the second elected Catholic in American history.

The right-wing slew of the American Catholic Church was never more evident than when New York’s powerful cardinal Timothy Dolan gave the opening blessing at the Republican convention.

In response to the criticism of Biden, Tobin noted he, personally, had far more trouble accepting Trump because of his treatment of immigrants among other issues,

At 68, he is at the best possible age to be “papabile” given that Francis is entering the later stage of his papacy at age 84.

Tobin is a Redemptorist priest who served in Rome as the head of his order and returned to the US in 2012 to become Archbishop of Indianapolis before being made a cardinal and relocating to Newark in 2016.

He is deeply proud of his Irish heritage which traces to County Kerry and often uses his own family’s struggles in coming to America as examples of why immigrants should be treated better.

Tobin laid bare those roots in an interview with the Catholic Standard at the height of the Dreamers debate in Washington involving whether young men and women brought to the US by their parents as children should be legalized.

He recalled how his grandmother, a native Irish speaker, spoke English, but always prayed in the language, because “she wasn’t quite sure that God understood English.”

When his parents offered to pay for his grandma to go back to visit Ireland, she would always say, “All I knew there was poverty. You go back."

Tobin said it was important for Catholics in America to remember, “Those are our roots.” In political cartoons in the late 19th century, around the time that many Catholic immigrants were coming to the United States, “We were the ones who were portrayed as apes and drunkards,” he said.