Some US Archdioceses warn Catholics not to take Johnson & Johnson vaccine 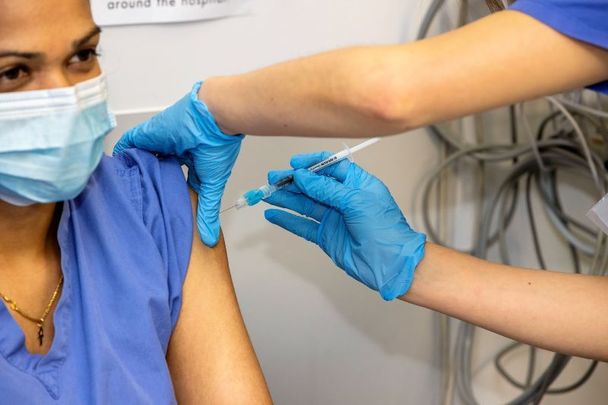 While the United States Food and Drug Administration panel has given the new COVID vaccine from Johnson & Johnson the green light several Archdioceses believe that Catholics should not partake in the life-saving vaccine.

The Food and Drug Administration has approved the third COVID-19 vaccine, one from Johnson & Johnson for use in the United States. However, several Archdiocese has said that taking the vaccine would be immoral for Catholics as it "uses the abortion-derived cell line in development and production."

These views are in direct contradiction to those of Pope Francis, the head of the Catholic Church, who has been emphatically pro-vaccine stating they were "morally acceptable" despite the methods of development. He has not commented specifically on the Johnson & Johnson vaccine.

In a statement, released, on the day the Johnson & Johnson vaccine received FDA approval, the Archdiocese of New Orleans said “The archdiocese must instruct Catholics that the latest vaccine from Janssen/Johnson & Johnson is morally compromised as it uses the abortion-derived cell line in development and production of the vaccine as well as the testing."

The Archdiocese of New Orleans stated that it agrees with the Vatican’s approval of the Moderna and Pfizer vaccines because they only used the cloned stem cells for testing. However the Johnson & Johnson’s vaccine for using the cells in manufacturing as well.

The statement added, “We advise that if the Moderna or Pfizer vaccine is available, Catholics should choose to receive either of those vaccines rather than to receive the new Johnson & Johnson vaccine because of its extensive use of abortion-derived cell lines."

In Colorado, the Colorado Springs and Pueblo Dioceses told KRDO news that they support the message from the U.S. Conference of Catholic Bishops.

“The approval of Johnson & Johnson’s COVID-19 vaccine for use in the United States again raises questions about the moral permissibility of using vaccines developed, tested, and/or produced with the help of abortion-derived cell lines.

Pfizer and Moderna’s vaccines raised concerns because an abortion-derived cell line was used for testing them, but not in their production. The Johnson & Johnson vaccine, however, was developed, tested, and is produced with abortion-derived cell lines raising additional moral concerns. The Congregation for the Doctrine of the Faith has judged that ‘when ethically irreproachable Covid-19 vaccines are not available … it is morally acceptable to receive Covid-19 vaccines that have used cell lines from aborted fetuses in their research and production process.’

However, if one can choose among equally safe and effective COVID-19 vaccines, the vaccine with the least connection to abortion-derived cell lines should be chosen. Therefore, if one has the ability to choose a vaccine, Pfizer or Moderna’s vaccines should be chosen over Johnson & Johnson’s.

While we should continue to insist that pharmaceutical companies stop using abortion-derived cell lines, given the world-wide suffering that this pandemic is causing, we affirm again that being vaccinated can be an act of charity that serves the common good.”

They stated "According to the Charlotte Lozier Institute, Johnson and Johnson created its vaccine using the PER.C6 line of cells that are derived from tissue harvested from the liver of a human baby that was killed in an abortion in 1985.  To make matters worse, according to the Institute, Johnson and Johnson was given over 1.4 billion dollars in taxpayer money to do so. This is just plain wrong. Vaccines should not use cells that are derived from aborted babies, regardless of when the abortion occurred.”

In Texas, Bishop Joseph E. Strickland has tweeted repeatedly that Catholics should not take any of the three vaccines.

In January he tweeted "The fact remains that ANY vaccine available today involves using murdered children before they could even be born."

He added "I renew my pledge … I will not extend my life by USING murdered children. This is evil WAKE UP!”