I'm taking Bono's claim in his new book that he and his wife Ali Hewson were targeted by the IRA with a grain of salt. 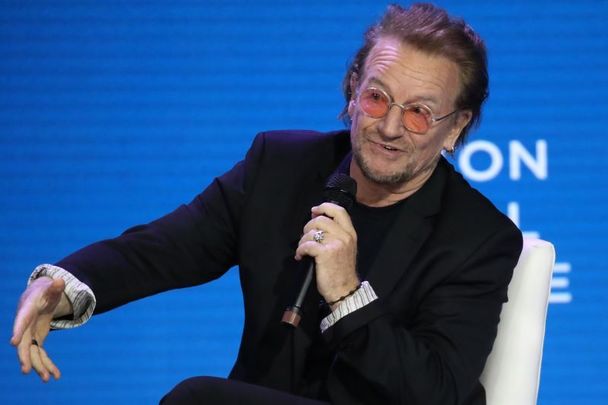 Bono claims in his new memoir ”Surrender: 40 Songs, One Story'' that he was a target of the IRA and so was his wife.

I sincerely doubt it.

The IRA may have been prepared to do almost anything militarily to win the war, but they were not stupid people.

Capturing or killing the most famous singer on earth would have been the end of the armed struggle, an act so dire that it could never have been even contemplated, in my opinion. What reason on earth could they have given?

Bono does not link to any evidence other than an unnamed Special Branch detective who apparently said his wife Ali had been a real target.

No names, no time, no place given as evidence - hmm.

Killing or kidnapping Ali, a dedicated aid worker who remains Bono's rock and a thoroughly admirable person, would have been even more disastrous than finishing off the world’s brightest rock star.

So I’ll take the “revelation” with a grain of salt. As I will the comment that Gerry Adams hated Bono.

Again, I have never heard this before or seen it written, but Adams had an awful lot more to worry about than being jealous of the world-famous Dubliner.

Indeed with my dealings with Adams over the years, I think the fame as the leader of Sinn Féin and a worldwide figure bothered him much more than pleased him.

Bono says also that U2 may well have cost the IRA fundraising money in America. Again I truly doubt it.

I would give a rough estimate that by far the most money raised was from expatriates, usually from the North themselves, hardened men who would hardly stop donating because Bono said so.

At least Bono didn’t get into the jar in the pub filled with dollars to donate to the IRA.

That is one of the hoariest stories of all. Patrick Radden Keefe even uses it in his book “Say Nothing," writing that his father witnessed it. No, he didn’t.

If I had a dime for every writer over the years who uttered the same canard, I’d be a rich man. It simply never happened.

I have actually traced that tale back to its origin.

There was a pub in San Francisco called the Plough and the Stars which openly collected for the cause, except it was for the Official IRA, a hard-left splinter group.

No other publican in his right mind that I could ever trace did it and I asked a lot. Most said they would have been leaving themselves open to aiding terrorists charges.

Don’t get the opinion I’m down on Bono. He accomplished such incredible success and gave so much back. He never became a Sir Bob Geldof enchanted by the upper-class Brits he hung out with. (He warned Scotland to stay within the UK - how is that working out, Bob?)

One of the iconic pictures of the Troubles is Bono raising the hands of John Hume and David Trimble in celebration of the Good Friday Agreement. If I’m not wrong, Bono also, in fairness, admitted he had been wrong about Adams.

Of course, you have to jazz up certain parts of a book to make it sell (yes, I’ve done it, too) and Bono undoubtedly was doing that, but just the facts might have been a better option. His story is amazing enough to stand on its own.