U2 frontman Bono, ahead of the release of his memoir "Surrender," reveals that its friendship with his longtime wife Ali Hewson that keeps their marriage going. 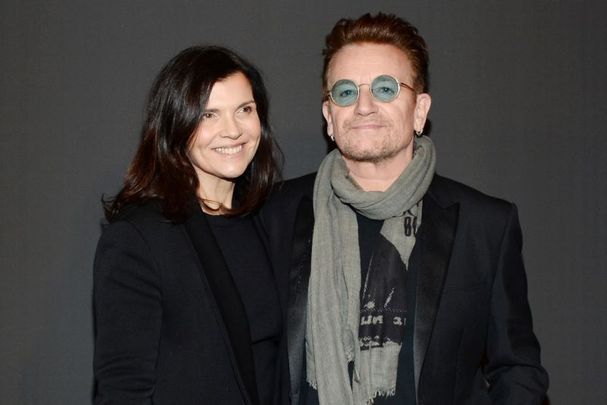 Bono spoke with New Yorker editor David Remnick and admitted there's a "madness" to getting married and revealed his secrets to a happy 40-year partnership with Ali Hewson.

It's been 40 years of marriage for Bono and his wife Ali Hewson – they got hitched when he was 22 and she was 21. A celebrity marriage lasting so long is definitely not the norm, so how do the Hewsons make it work?

Bono was asked that question last Friday at a festival hosted by The New Yorker, where he appeared with the magazine’s editor David Remnick to promote his upcoming memoir, "Surrender".

“It’s quite mad getting married. It is a grand madness about us," Bono said. "And there's something about knowing that you're going against the odds.

“But I don’t want to give you the impression that everything was easy for us,” Bono continued. “But any time either of us got lost, the other would be there to get the other home. And I’m so grateful. And 40 years is a powerful number for me. That’s a powerful number for Ali. And it was brilliant when we got to 40, and we went, ‘Let’s not f*** this up now.'"

Bono has been married to his wife, Ali, for 40 years. At tonight’s #NewYorkerFest, he offered a newlywed some words of advice on creating a lasting partnership. pic.twitter.com/D1KVLb8Wko

Tickets for Bono’s book tour went on sale last week. "Surrender" will be released on November 1, and Bono will be at the Beacon Theatre in New York the following night, talking about his book and singing a few tunes. Verified resale tickets are available at Ticketmaster.com.