A 25-year-old Limerick woman, Niamh Nolan, left the "Voice UK" judges fighting over her after her cover of "Shallow" from "A Star is Born". 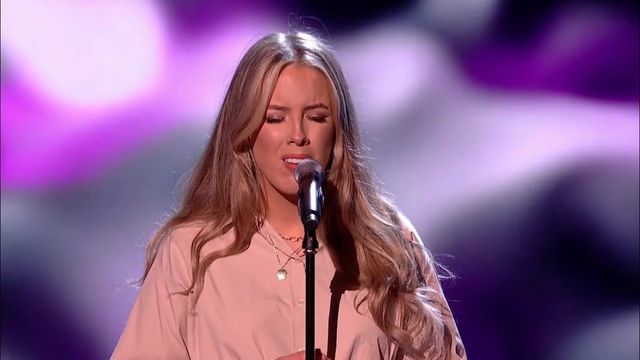 Hailing from Kilcolman, west Limerick, Niamh Nolan had "Voice UK" judges Tom Jones and will.i.am fighting over her on Saturday night and it's plain to see why. Wow what a voice!

Niamh Nolan performed "Shallow", the Lady Gaga, Bradley Cooper song, as her audition on Saturday night. The judges, will.i.am, Sir Tom Jones, Olly Murs and Anne-Marie, all seemed impressed but it was the Welsh hero, Jones, who turned around first. Then it was will.i.am's turn to turn. However, Nolan choice to go with musician, philanthropist and entrepreneur, will.i.am.

Nolan was blown away by their reactions. Prior to the televised audition, Nolan told the Limerick Leader, "Hopefully I can do Limerick, Ireland and myself proud". And she certainly did that as millions watched on. She now goes forward in the competition on will.i.am's team."

She described being part of "The Voice UK" as a "dream come true".

While the blind audition aired on Saturday night it was filmed over a year ago. She told the Limerick Leader ahead of the show's airing.

“It’s just totally nerve-wracking now that the episode is finally here. I’m actually more nervous now than I ever was filming it,” Niamh said.

While Niamh has been singing since she was a child she told the local paper that she really found her voice during the Covid-19 lookdowns.

The talent said "I decided to join TikTok when Covid hit and that is where it kind of took off. I started to gain more followers and then I was approached to take part in the blind auditions."

She continued “I was approached on Instagram and I really thought it was a scam because that app can be really quite strange.

“I had a message from someone who said they work on the 'Voice' and they thought I’d have a really good shot at getting an audition so it went from there,” she said.

"The Voice UK" is a hugely popular singing contest on the British TV show, ITV, where contestants try to win the favor of the judges based solely on their voice and not their appearance. The show is now in the eleventh series.

This was the first stage, the blind auditions, where the contestants have to hold their nerve as they performed to the backs of the coaches. If any of the four like what they hear, they hit their buzzer to spin around and select that artist for their teams,