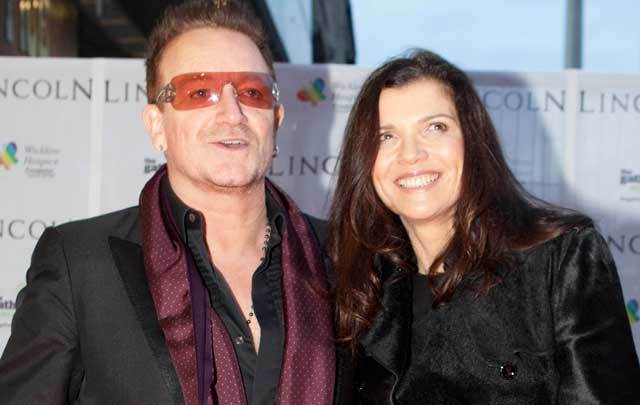 More than three decades of marriage and the Irish lovebirds seem to still be smitten with each other! Back in November 2016, U2’s Bono was presented with the “Man of the Year” honor at the Glamour Women of the Year Awards; he was the first man to win the award.

"I like a bit of woman in my man," Ali joked as the longtime couple appeared on the red carpet in 2016.

But the couple was also celebrating an anniversary that night - 40 years since their first date back in their native Dublin!

Bono said: "We were teenagers, we went to the same school, high school. It just so happens it was this afternoon I walked her to her bus - isn't that mad?"

In a separate chat, Bono revealed that it wasn't love at first sight, at least not for Ali anyway.

“She’s working up to that," he joked.

When asked what has kept them close, Bono quipped: “We feel the red carpet has kept us close,” he said. “If things are going around, we say, ‘Let’s do the red carpet, certainly.’”

Bono added: “It's just been a great ride, a magic carpet ride.”

Bono, who showed up to the 2016 event with Ali and their two daughters, Eve Hewson and Jordan Hewson, in tow, also mentioned his wife in his acceptance speech.

"I asked my wife, Ali, tonight on receiving this award what I should say," Bono said.

"And she just repeated what she's been telling me since we were teenagers, which is, 'Don't look down at me but don't look up at me either. Look across to me. I'm here.'"