U2 frontman Bono has written some surprising songs for other artists, including Tina Turner, Tom Jones, and Ronnie Drew! 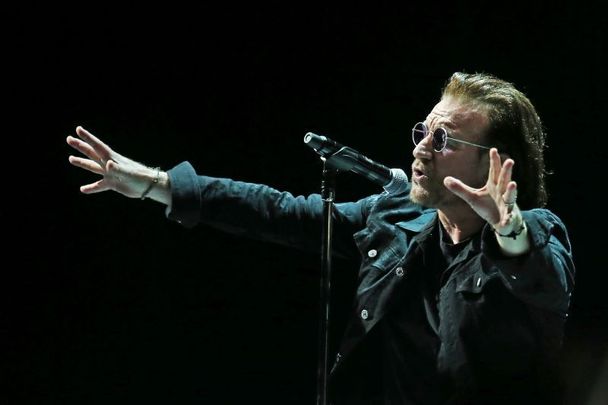 Bono, U2's frontman is a prolific songwriter! Check out just some of the songs he's written for other artists. RollingNews.ie

Bono, aka Paul Hewson, is of course known as an Irish singer-songwriter, activist, and philanthropist but predominantly as the lead vocalist and primary lyricist of the rock band U2. However, did you know that over the years he's penned some incredible songs for other artists such as Roy Orbison and Tom Jones?!

Bono, the frontman of U2, arguably one of the biggest bands in the world, has a prolific list of songs that he's written, many alongside bandmate The Edge and producer Simon Carmody.

Over the years though, Bono has lent his songwriting talents to other performers, sometimes due to chance encounters, and other times due to pure inspiration.

Listen to this Spotify playlist of the unexpected songs Bono has written and read on to learn more about these mega-collaborations!

Written by Bono and The Edge

In June 1987, Bono was having difficulty sleeping before U2's Wembley Arena. He put on the "Blue Velvet" soundtrack in an attempt to soothe himself to sleep and work during Roy Orbinson's "In Dreams."

The 1963 song was stuck in his head and the next day before his big show he wrote: "She's a Mystery to Me". He was also speaking about Roy Orbison to anyone that would listen.

That night after the show Roy Orbison came backstage to congratulate the band. No one knew he was coming to the show. Orbison asked Bono to perform a song backstage and he immediately sang "She's a Mystery to Me".

This moving ballad performed by Sinéad O'Connor was written for the 1993 movie, "In The Name of The Father" starring Daniel Day-Lewis and Pete Postlethwaite.

Reportedly, Sinéad O’Connor recorded the song singing to a doll in a candlelit room at STS Studios in Dublin.

While Ronnie Drew is best known as the frontman in the band The Dubliners, after he left the band in 1995, he released a solo album "Dirty Rotten Shame". A more rock round, Bono penned "Drinkin' in the Day", a reflection on youth, love, and carefree days. The album also features songs written by Elvis Costello, The Pogues’ Shane MacGowan, Mark Knopfler, and more.

Written by Bono and The Edge

French singer Johnny Hallyday enlisted Bono to write the final track on his 2007 album "Le Cœur d’un Homme" ("The Heart of a Man"), a mix of covers and originals. “I Am the Blues” was one of few songs Hallyday has sung in English.

It all started with a drink! It may sound like the start of a bad joke but Tom Jones and Bono bumped into each other in a Dublin pub... the rest is history. Bono and Simon Carmody would go on to write the track "Sugar Daddy" for the Welsh star's 2008 album, 24 Hours".

Jones said of working with Bono “It was almost like he was interviewing me...

”He said, ‘Tell me about yourself. What was it like growing up in Wales? What interested you?’ We sat down for a couple of hours and next thing you know, I saw him a few months later in London and he had the song written. Bono told me, ‘There is a lot of you in the song.’ I said ‘Do I get a writer’s credit?’ He said ‘no.'”

Performed by Italian blues-rocker Zucchero Fornaciari, “Streets of Surrender” is a soulful ode to the city of Paris. Bono wrote the song as a dedication to the victims of a series of suicide bombing attacks in Paris and its northern suburb of Saint-Denis on November 13, 2015.