Shane MacGowan's tribute to Queen Elizabeth II on Twitter was side-eyed as "off-brand" by some of his fans. 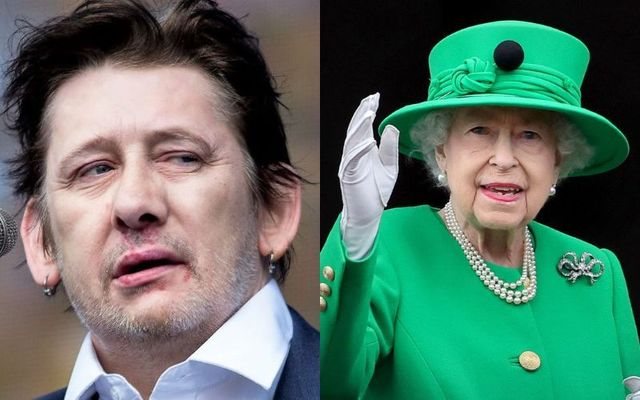 Shane MacGowan posted a tribute to Queen Elizabeth II after she passed away. Getty Images

Pogues frontman Shane MacGowan shared a very nice tribute to Queen Elizabeth on Twitter, but his fans weren’t having it.

“God bless her and good luck to her,” Shane tweeted to his 30,000-plus followers, with a sunny looking photo of the monarch. The responses are pretty funny.

God bless her and good luck to her 🙏#QueenElizabeth pic.twitter.com/h8CGohgMar

A couple of days later, MacGowan's Twitter promoted a 30th anniversary Pogues DVD. One fan, still perturbed by the tribute to the Queen, replied, “Delete the queen tweet and we’ll think about it.”

MacGowan sent out a bunch of laughing emojis in response:

While MacGowan is known for his rip-roaring Irish music career, he was actually born in the United Kingdom to Irish immigrants; he spent his childhood summers in Co Tipperary.

Elsewhere, Irish actor Pierce Brosnan, who played British superspy James Bond and got some honorary something or other from Queen Elizabeth in 2003, also expressed condolences.

"Rest In Peace Your Majesty. It was an honor to serve you," Brosnan wrote on Instagram.

Suffice to say, his followers were kinder than MacGowan's in their responses!