Pierce Brosnan had an amazing transformation to portray Artie Crawford, an elderly WWII vet, in "The Last Rifleman," which is due to hit theaters next year. 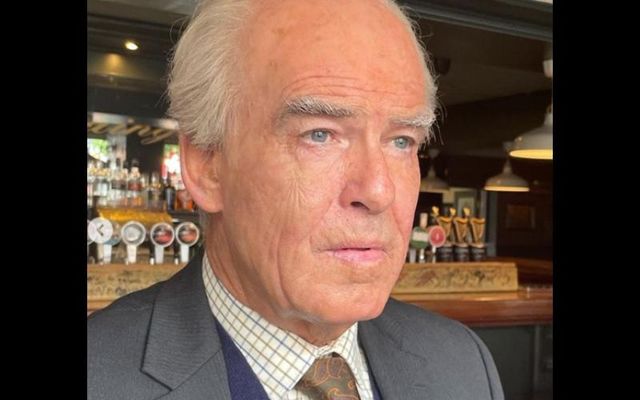 It's hard to believe that this photo is Pierce Brosnan, transformed into a 92-year-old World War II veteran for his upcoming film "The Last Rifleman," which finished filming earlier this month in Northern Ireland.

Brosnan plays Artie Crawford, a widowed vet living in a care home in the North who escapes and makes his way to Normandy, France to witness the 75th-anniversary celebrations of the WWII landings there.

Screenwriter Kevin Fitzpatrick based the film on the real story of Bernard Jordan, who escaped his home in Sussex, England for the 70th celebrations.

Jordan, said Fitzpatrick, “highlighted the spirit that epitomized the Second World War generation. I was enthralled by this story and the motives that drive a man near the end of his life on a quest to a place that must hold only painful memories.”

On his Instagram, Brosnan paid tribute to the make-up artists who transformed him into Artie every day.

“Thank you Sarah, Morgan and Stephan for every day making Artie real before my eyes each morning for two hours. A Meditation of patiences and precision, creation and transformation, you made me believe in Artie,” he wrote.

In a separate post, Brosnan said he had spent "six glorious weeks" in Belfast in the company of "great filmmakers". The Irish actor commented that he enjoyed every day he spent working on the film. Filming also took place at Normandy's Bayeux Cathedral.

"The Last Rifleman" is due for release next year.