The Irish actor praised Caan, who passed away last week at the age of 82. 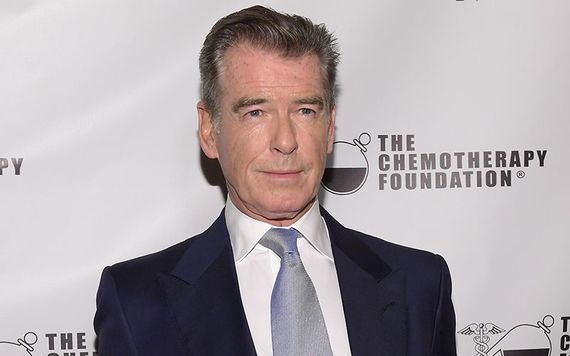 Irish actor Pierce Brosnan took to Instagram to praise his former co-star James Caan, who passed away last week at the age of 82.

Caan passed away peacefully at his Los Angeles home on July 6, reports The Daily Mail. The legendary actor had recently completed work on his final film, the upcoming gangster thriller "Fast Charlie."

Brosnan, 69, who also starts in the film, was on location with Caan in Louisiana for more than a month. The former James Bond described Caan, who was in poor health and was confined to a wheelchair on set, as an "inspiration."

Brosnan shared several photos of the two relaxing between scenes and paid tribute to his costar.

He wrote:  "On the set of the movie 'Fast Charlie' with the great man himself James Cann, farewell Jimmy. We had many laughs together over those five days in New Orleans …

"You were an inspiration to me as young actor starting out, and an even greater one as a man watching you work each day against great physical pain and discomfort.

"You gave of yourself to the art of acting and performance to very end. My heart has a deep sorrow this day for your passing."

He added: 'I shall cherish the memory of you always. My heart felt condolences to your family. May you Rest In Peace, forever in the light.'

Caan's death was confirmed in a tweet shared by family members.

"It is with great sadness that we inform you of the passing of Jimmy on the evening of July 6," it read.

Caan's career in television and film stretched over 60 years. He started as an actor in 1960s Hollywood, and starred in films by many acclaimed directors including Billy Wilder, Howard Hawks, and Francis Ford Coppola.

Some of Caan's most notable films include "The Godfather," "Misery" and "Elf."

He received an Oscar nomination for his role as Sonny Corleone in Coppola's 1972 classic "The Godfather." He was also honored with a star on the Hollywood Walk of Fame in 1978, reports People.

"Fast Charlie" is scheduled for release next year.