In an Instagram video shared by his doting dad Pierce Brosnan, Sean Brosnan explains how he turned his life around to become a counselor for others who are struggling. 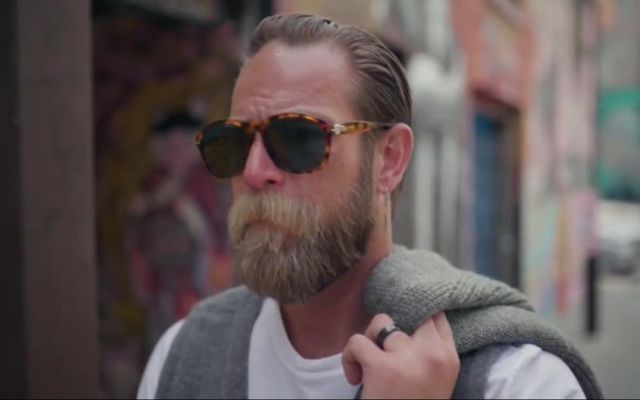 Pierce Brosnan's son Sean opens up about his work as a counselor. @piercebrosnanofficial, Instagram

Pierce Brosnan shared an interesting video on his Instagram page, one in which his 38-year-old son, Sean, talks about his severe struggles both as a child and an adult.

Sean – his mom was Pierce’s first wife Cassandra Harris, who died of ovarian cancer when he was only eight years old – now works as a counselor, calling on a life of ups and downs to help people improve themselves.

Sean made the video in conjunction with clothing brand &SONS, and he was incredibly honest about his past issues.

“I grew up in the film industry, my dad is an actor,” he said, without mentioning Brosnan by name.

“I worked for quite a while and made some movies…however, I kind of lost myself along the way. It wasn’t really my true passion.

"I ended up getting involved in drugs and alcohol and causing a long trail of destruction behind me.”

Sean says he chose to change his life when his daughter was born, getting sober and returning to school to earn a master’s degree in clinical psychology.

“I basically help people with trauma and anxiety and depression and relationship issues, and a lot of grief and loss as well because there’s a lot of that in my story,” he said.

Sean's website, TheCounsouler.com, provides even more detail about his life and times.

“I used to be a chronic alcoholic and drug addict, in and out of jails, psych-wards and rehabs. I used to ruminate on thoughts like, I’m a burden, I don’t fit in, why would anyone like me? etc," he writes.

"It wasn’t until I started a deep dive into my past with my counselor that I began to realize that I had what is called complex trauma and I was doing the best I could with what I had in order to cope.

“I was severely bullied in junior high. I lost my mother at the age of eight to ovarian cancer and my sister to the same disease when I was 29. When I was 16, I was in the pick-up bed of a 1978 Chevy Blazer as my friends and I went barreling off a 250-foot cliff. It took me 13 months before I could walk again. I have been in many toxic relationships thinking that chaos equaled love. None of that is an excuse for my behavior.”

Clients can book online sessions with Sean, who’s got a big booster in his famous dad.

“Love you dearly Sean, love and courage, as ever and always, now (you’re) my teacher. Dad,” Pierce shared on the Instagram post.