Irish actor Pierce Brosnan was an only child to divorced parents. 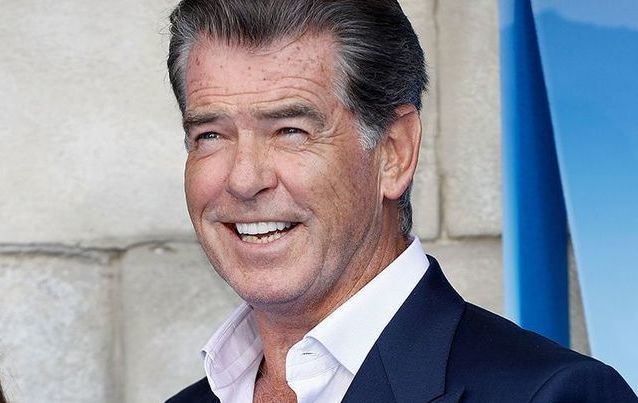 Hollywood actor Pierce Brosnan, who grew up in Ireland an only child abandoned by his divorced parents, said he was "scarred" by his early years.

Brosnan was born in 1953 in Drogheda, Co Louth, to May Smith, a nurse, and Thomas Brosnan, a carpenter.

When Brosnan was just an infant, his father left the family.  Then, at the age of four, Brosnan faced more upheaval in his young life when his mother left him with his grandparents in Navan so she could move to London to study to be a nurse. She was only able to return to Ireland twice a year.

"Because I was so solitary," he told The Guardian, "and we lived on the outskirts of town, across the River Boyne, I was an outsider. An only child."

After his grandparents died, he was forced to move into lodgings.

"I was sent to live with a woman named Eileen, who had a place in a poor part of town. She had her own children and I moved upstairs with the lodgers, all grown men with jobs. One worked in the mill. One worked in a bank. The three lodgers stayed in a long room with iron beds with old mattresses. At the end of the room, there was my little bed, with a curtain around it, so the light wouldn't shine in when the older guys came home," said Brosnan.

The school he went to was run by the Christian Brothers, an Irish order.

"[They] were dreadful, dreadful human beings," he said. "Just the whole hypocrisy. And the cruelness of their ways toward children. They were very sexually repressed. It was ugly. I learnt nothing from the Christian Brothers - except shame."

At the age of 11, he joined his mother and her new husband in East Lothian. The family soon relocated to London.

“There were no siblings,” he told The Irish Times. “I was an only child from a fractured family. My father took off for the hills very early. And academically, my school days were pretty tough. I needed to figure out what I wanted to do. I was caught up in the English comprehensive school system. I was good at art. I left school with a cardboard folder of drawings and I got a job as a trainee commercial artist.”

The future James Bond star said: "I came upon acting almost accidentally while I was working as a graphic artist in London at a small studio — although I basically cleaned the office and made tea for people. One day I was talking to a guy in the photo department about movies, and he said you should come along to the Oval House Theatre, they’re doing workshops."

Brosnan liked what he saw and went on to train for three years at the Drama Centre London.

He got his first film credit in 1980, and eventually moved to the U.S. where his first audition was for the role of Remington Steele.  Brosnan met his father for the first time while he was working on the TV series, according to Women Working.

“I didn’t see Tom Brosnan until I was about 31. I was shooting Remington Steele in Ireland, and he showed up one Sunday. We sat down and we had a cup of tea. After we drank all the tea, we went downstairs and started drinking Guinness. Then he got on a bus. I never saw him again. He died," he said.

After landing the role of James Bond in 1995, Brosnan reached a new level of stardom.

"I had great success with the role and it’s a gift that keeps on giving in many respects. It was my chance to be center-stage and enjoy all the attention and fame and fortune that comes with that. I’m forever grateful for Bond as the role came along at a time when I really needed that kind of a gift in my life. At the time I was very worried about my children," he said.

Brosnan had married Australian actress Cassandra Harris in 1980. They had a son together, Sean, and Brosnan later adopted Harris’ previous children Charlotte and Chris.  In 1991, four years before he landed the role of Bond, his wife Cassandra died from ovarian cancer. Brosnan’s adopted daughter Charlotte would also die from ovarian cancer in 2013.

The actor later found happiness again with American journalist Keely Shaye Smith, whom he married in 2001. The couple have two sons together, Dylan and Paris.

In more recent years, Bond has done some of the best work of his career. He earned a Golden Globe for his work on "The Matador." He’s appeared in the Mamma Mia! films, portrayed a Gerry Adams look a like in the Jackie Chan movie “The Foreigner,” and starred as a corrupted Texan patriarch in the AMC series "The Son." He can currently can be seen as the creepy fertility doctor in Hulu's "False Positive."

Looking back on his early life challenges, Brosnan told Sun.ie: “Perhaps you never entirely unburden yourself of your past, but you do manage to find peace of mind.

“I’m the same person I was when I started out. I’d like to think I’m much wiser and even more open as an individual than when I was younger and still scarred in many ways by my upbringing.”