Over 1,200 Irish American supporters of Joe Biden gathered for a Biden virtual rally last Thursday night, sending a strong signal that they are ready to go to war for the Biden campaign. 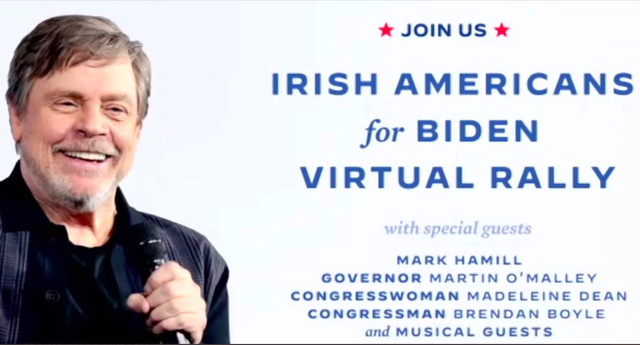 With less than three months to go until Election Day, there are already plans for a second and perhaps a third Irish Joe Biden event. The palpable distrust and fear of a second Donald Trump term was clearly felt on the night.

Irish American Democrats are deeply committed to ending the career of the wacko in the White House.

Star Wars hero Mark Hamill, a.k.aLuke Skywalker was the guest of honor at the rally, and he proudly paraded his Irish roots and passion for Biden from his Hollywood home.  It was a sweet occasion for many of those tuned in. Heck, even the force was with us!

There were glorious musical interludes from, among others, Mick Moloney, former Maryland Governor Martin O’Malley and Joanie Madden from Cherish the Ladies, who even composed a new tune, “Biden His Time,” for the occasion.

Congressman Brendan Boyle spoke eloquently as did Congresswoman Madeleine Dean, both rising stars in the House. 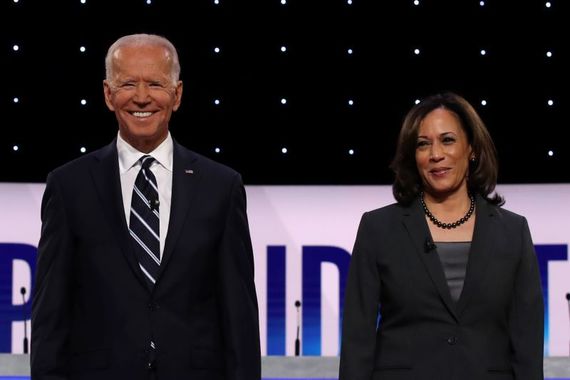 The contributions were heartfelt and passionate. One had the sense of a community itching to speak out and be heard after many years in the wilderness in the Trump era.

John McCarthy, Biden’s deputy national political director, was the organizer of the event, and he ran a packed one hour program without a hitch.  At only 29 years of age, he’s a name to watch out for in a Biden administration if it comes to pass.

It was good to be back in the firing line after the frustration of 2016 where Irish Americans were essentially sidelined because of complete disinterest in ethnic support among the whiz kids running the Clinton campaign. 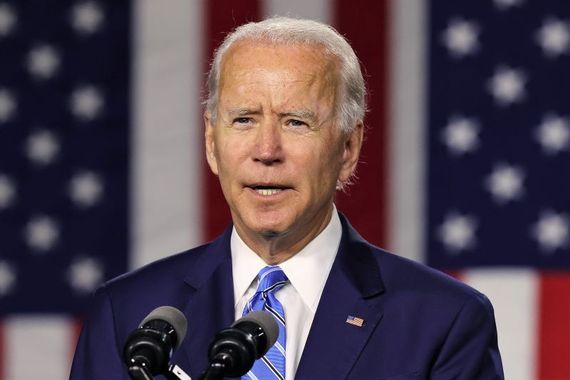 They ignored what every gut politician knows -- people like to be asked, not ignored, around election time.  The failure to visit Wisconsin, which Hillary Clinton lost by one point, was just the most glaring error.  Turning down an invitation to speak at Notre Dame was another faux pas.

The Biden campaign is not making the same mistake.  It is an article of faith with its leaders that Irish Catholics are over-represented in key battleground states like Ohio, Pennsylvania, and Michigan which is where the great battle of 2020 will take place.

As a deeply proud Irish American and native of Scranton, Pennsylvania, Biden is not about to ignore his own backyard.

He is lunch pail Irish, raised in a working-class but loving and nurtured environment who never forgot who he was and what he represented.

He is authentic, which is why Trump so far has not landed a punch.  He draws none of the vitriol that Clinton did from her opponents.  Floating Joe has teased and tantalized Trump to incredible effect -- but this race ain’t over.

Certainly, those in the Irish American community still know that many still feeling the psychic after effect of Trump’s infamous victory.

It’s “squeaky bum time” as Manchester United manager Alex Ferguson used to say when it got down to the final vital minutes.

We are there now in the 2020 election. Judging by the turnout and enthusiasm last week the Irish are firmly on board the Biden bus.