New York prosecutors are already in a battle to secure Trump's tax returns. 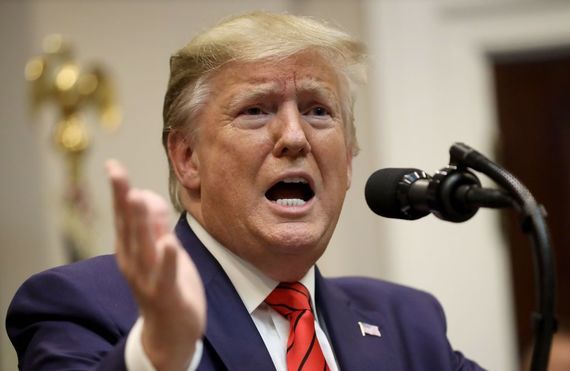 US President Donald Trump allegedly inflated the value of his three hotel and golf resorts in Ireland and Scotland, according to a new investigation.

The investigation, which was carried out by the left-leaning American Democracy Legal Fund, found that Trump claimed that his three resorts in Ireland and Scotland brought in $179 million, according to documents filed with the US Government.

However, records filed in the UK and the Republic of Ireland indicate that the resorts only brought in $152 million in the same time frame. Trump's resorts, located in Doonbeg, Ireland, and Aberdeen and Turnberry in Scotland, also posted losses of $77 million after accounting for expenses, according to the investigation.

Trump claimed that his two Scottish hotels were worth $100 million in documents filed with the US Government.

UK records, however, indicate that the resorts aren't worth anything close to $100 million since debts exceeded assets at the resorts by over $80 million in the same year.

He additionally claimed that his Doonbeg resort in County Clare brought in at least $10.7 million per year between 2014 and 2018, totaling $62.7 million. However, records filed with the Irish Companies Registration Office showed that the total revenue at Doonbeg was $46 million during the same time frame.

The Doonbeg resort also posted total losses of $12 million over the same period.

American Democracy Legal Fund, which describes itself as a government watchdog, is now urging the Manhattan District Attorney's office to investigate whether Donald Trump violated the law by filing false documents to hide his financial health from US authorities, according to Politico.

The group has sent a letter to Manhattan DA Cyrus Vance Jr. and has also written to the FBI over the matter.

Vance has already indicated in a court filing that he intends to investigate the President for bank and insurance fraud.

New York prosecutors are currently battling to obtain eight years worth of Trump's financial records amid speculation over Trump's true worth and financial entanglements.

Michael Cohen, Trump's former attorney, fueled speculation about the President's finances when he claimed last year that Trump repeatedly exaggerates his finances in financial statements to banks and insurers.

It was my experience that Mr. Trump inflated his total assets when it served his purposes, such as trying to be listed amongst the wealthiest people in Forbes, and deflated his assets to reduce his real estate taxes," Cohen said.