Dermot McEvoy considers, "How could Harris get selected with what we know about the Irish and their love of the grudge?" 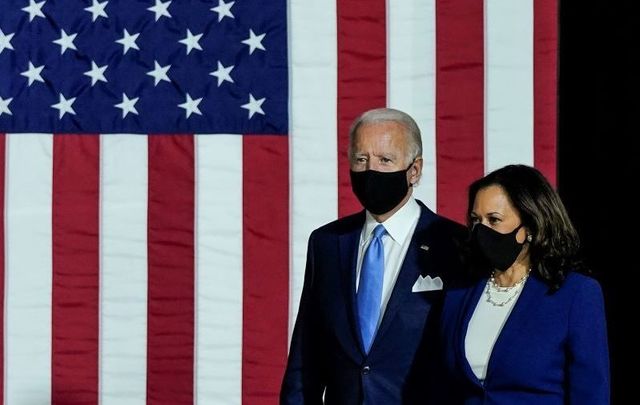 In selecting Kamala Harris, Joe Biden has taken a page out of JFK's 1960 playbook.

The white smoke finally came out of Joe Biden’s chimney in Wilmington, Delaware: “Habemus Vitium-Praeses!” When he chose his Vice-Presidential nominee!

It was Senator Kamala Harris of California, which surprised many who thought she had blown her chances by attacking Biden in the primary season, way back when.

How could Harris get selected with what we know about the Irish and their love of the grudge?

Ah, the Irish and their grudges.

And the ultimate joke about the Irish has a ringing truth: Irish Alzheimer’s—they forget everything—except the grudges.

The Irish use of the grudge might be a weapon founded out of centuries of being occupied by the British—they stole our land, they tried to starve us to death, and we will never ever forget or forgive.

Mother of God, what kind of an Irishman is this?

Even Maureen Dowd of the New York Times wondered about Biden’s Irishness. Dowd drew the ire of Biden when she was critical of the way he handled the Anita Hill testimony during the confirmation of Clarence Thomas to the Supreme Court.

“But Biden himself was friendly and fair to me afterward,” wrote Dowd recently, “even when I wrote pieces that were highly critical of the way he conducted the Anita Hill hearings and ripped on him for his hair plugs. He was so un-vengeful that I began to doubt he was really Irish. (His middle name is Robinette, after all.)”

Learning from first Obama, then JFK

Perhaps Biden learned something from two other Democratic presidents, Obama and Kennedy.

When Biden was running for president against Barack Obama in 2008, he offered weak praise for the junior senator from Illinois: “I mean, you got the first mainstream African-American who is articulate and bright and clean and a nice-looking guy. I mean, that’s a storybook, man.”

Clean? Thanks for sharing that with us, Senator.

Obama brushed it off and when he needed a vice-president, someone with extensive foreign policy experience and who could go into Pennsylvania, Ohio, Michigan, and Wisconsin to sell his message to white ethnics, Biden was his man. As they said in Casablanca, it was the beginning of a beautiful friendship.

In June of 2019, he was confronted in a presidential debate by Senator Harris. It was even more surprising because she was a close friend of Biden’s late son, Beau. She was taking no prisoners when she went after Biden’s position on busing. “I do not believe you are a racist,” she began.

“I agree with you when you commit yourself to the importance of finding common ground. But I also believe, and it’s personal . . . it was hurtful to hear you talk about the reputations of two United States senators who built their reputations and career on segregation of race in this country.”

It was now time for her grand finale: “There was a little girl in California who was part of the second class to integrate her public schools, and she was bused to school every day. That little girl was me.”

Biden was stunned: “Mischaracterization of my position across the board. I did not praise racists. That is not true.”

But the damage was done. Harris won the debate and that was the high point of her campaign. She soon faded to the back of the pack.

JFK handles LBJ in 1960 with grace and humor

Perhaps the best lesson to be learned from picking a veep goes back to John F. Kennedy in 1960. Lyndon B. Johnson made a late entry into the presidential race, even after Kennedy had wrapped it up. Kennedy knew he needed Johnson to help him win Texas’ electoral votes (like Biden needs Harris to win blacks and women in 2020).

At the convention in Los Angeles in front of the hometown Texas delegation, Johnson decided to lecture Kennedy about how he ran for president. Mainly, being absent from the senate for long periods of time as he was campaigning. Johnson lectured and harangued the young senator from Massachusetts.

At the 5:30 mark of the tape provided by C-SPAN, LBJ starts talking about Kennedy and his right to run as a Catholic. Note that a stoic Bobby Kennedy is sitting behind Johnson to the right. At the 6:15 mark, he says, “What we want is equal treatment. We want some of the Catholic states to prove they’ll vote for a Protestant!” Johnson’s clever hoist of Kennedy with his own petard moment earned laughter and cheers from the crowd.

Johnson goes on to prophetically talk about civil rights and the legislation that will be needed to support it. Sixty years ago he said something so important about the right to vote that it still resounds today: “We are protecting every person’s right to vote in this country. And if you protect a person’s right to vote he’ll protect himself better than you can.” Perhaps someone should read that quote to the current occupant of the White House.

Johnson goes on to say what a great senate majority leader he is, never missing a quorum. Then without mentioning Kennedy he takes a snipe at him, “Some men who would be president on a civil rights platform answered none.” To thunderous applause, he turns the lectern over to JFK at the 14:40 mark.

How would JFK handle the situation? With Irish wit, of course. “[Senator Johnson] made some general references to perhaps the shortcomings of other presidential candidates, but as he was not specific I assume he was talking about the other candidates and not me.” The gentle jab was met with laughter from LBJ who is sitting to Kennedy’s left.

Kennedy continued, “It is true that Senator Johnson made a wonderful record in answering those quorum calls and I want to commend him for it... I was not present on all those occasions. I was not majority leader. As Lyndon knows, I never criticized. In fact, on every occasion I said I thought Senator Johnson should not enter the primaries, that his proper responsibility was as majority leader and if he let Hubert (Humphrey)  and Wayne (Morse) and I settle this matter we should come to a quick decision. So I come to you today full of admiration for Senator Johnson, full of affection for him, strongly in support of him for majority leader and I’m confident in that position we’re all going to be able to work together.”

The two men share smiles, along with Lady Bird Johnson, and Johnson ends by stating, “The meeting is now adjourned. I hope all of you are as happy as we are.”

A few days later JFK picked LBJ as his running mate. In one of the closest elections in history, Kennedy won Texas by only 46,000 votes.

I’m sure that both the Obama and Kennedy decisions were not lost on Biden. Yes, winning is better than losing. 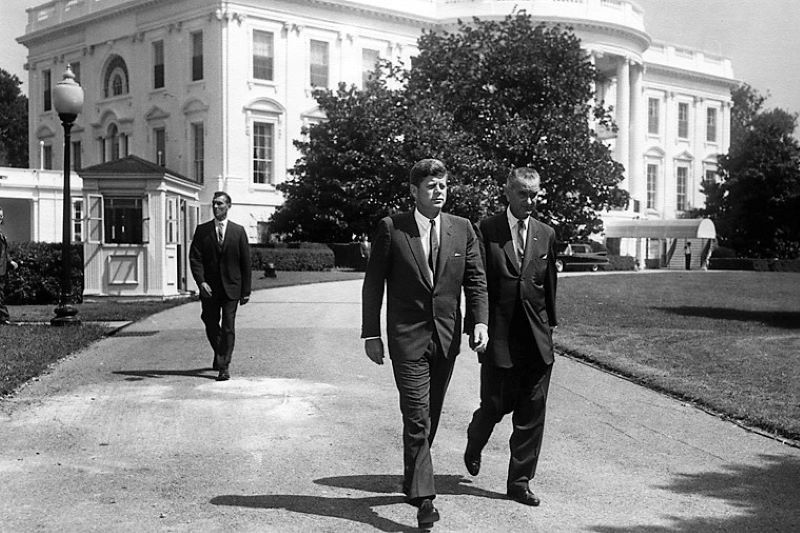 Harris is probably the brightest senator. She is tough and a superb questioner and debater. You can hear and smell Depends filling up as she questions witnesses.

Poor Jefferson Beauregard Sessions, Trump’s erstwhile attorney general of the U.S., was caught all stuttering when being questioned by Harris: “I don’t want to be rushed this fast. It makes me nervous.” Poor Jefferson.

The GOP is terrified of her. Just think what she’ll do to a dullard like poor Mike Pence. Bring popcorn. 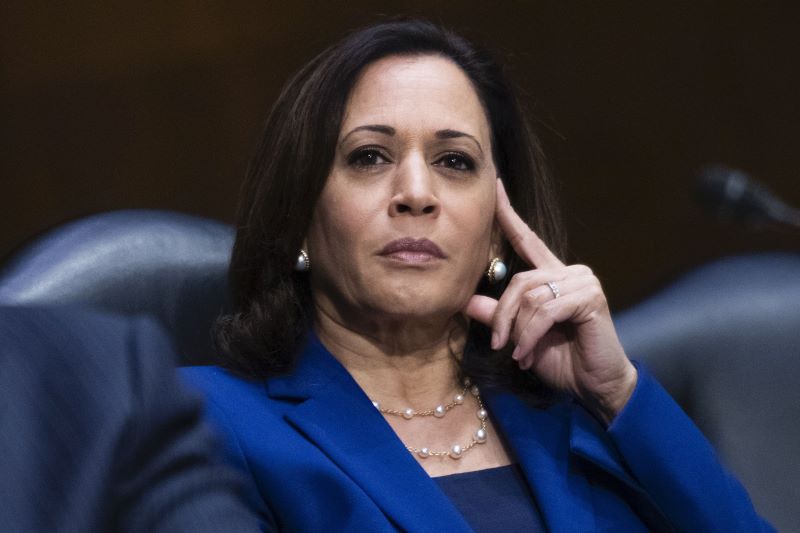 *Dermot McEvoy is the author of the recently published "Real Irish New York: A Rogue’s Gallery of Fenians, Tough Women, Holy Men, Blasphemers, Jesters, and a Gang of Other Colorful Characters." He is also the author of "The 13th Apostle: A Novel of Michael Collins and the Irish Uprising" and "Our Lady of Greenwich Village," both now available in paperback, Kindle, and audio from Skyhorse Publishing. He may be reached at dermotmcevoy50@gmail.com or on his website or Facebook page.