Who are you supporting in the 2020 US presidential election?

Are you supporting Biden, Trump, or someone else? Let us know in our latest IrishCentral Readers Survey! 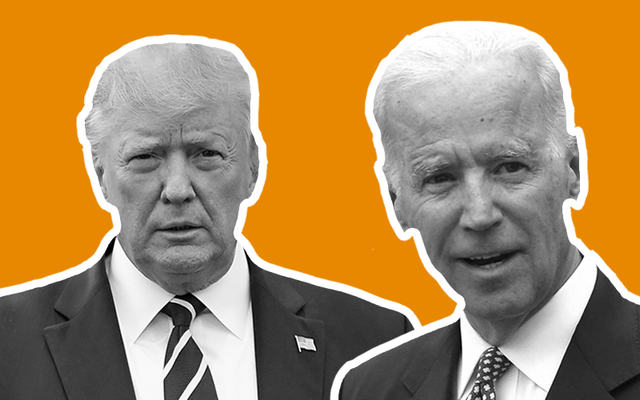 Donald Trump, Joe Biden, or someone else - who are you supporting?

The United States is now within four weeks of the 2020 presidential election, which will be held on Tuesday, November 3.

Voting has already begun across the US as some states have shifted to exclusive mail-in voting in light of the pandemic, though some states will still host in-person voting on November 3.

More than 1,200 candidates have registered with the Federal Election Commission to run for the president of the United States this year. While Democrat Joe Biden and Republican Donald Trump are considered by and large the main candidates for the election, Ballotpedia says there are two other "notable candidates" who are set to appear on US ballots: Howie Hawkins of The Green Party, and Jo Jorgensen of The Libertarian Party.

As of October 5, Biden appears to be leading Trump in national polls.

Trump and Biden have already faced off in the first of three scheduled presidential debates, but the fate of the two remaining presidential debates could be in question after President Trump tested positive for coronavirus, which was first reported in the early hours of October 2. Trump, whose wife Melania also tested positive, was hospitalized at Walter Reed Hospital and discharged on Monday, October 5.

After Trump's diagnosis, Biden said in a tweet on October 2 that he and his wife Dr. Jill Biden had tested negative.

Pence and Harris are set to have their own vice presidential debate on Wednesday, October 7.

Whether or not you are eligible to vote in the upcoming US presidential election, you are likely rooting for one candidate over the others. Let us know who in our latest IrishCentral Readers Survey, here: