Donald and Melania Trump test positive for the coronavirus

The news was announced shortly after senior Trump aide Hope Hicks tested positive for the virus. 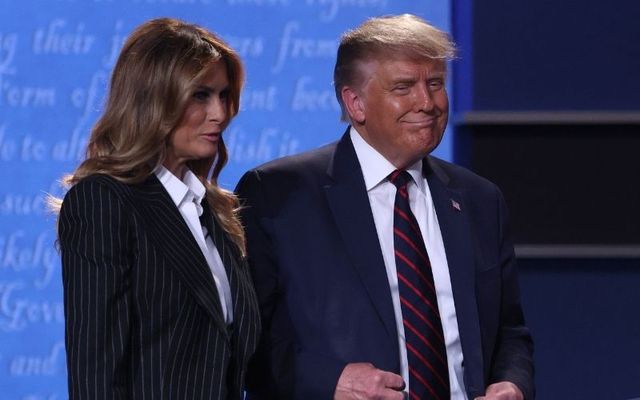 Donald and Melania Trump have both tested for the coronavirus, the pair announced on Twitter on Friday morning. Getty

US President Donald Trump and First Lady Melania Trump have tested positive for the coronavirus, the President announced on Twitter.

Trump also said that they will both begin the quarantine and recovery process "immediately" in the tweet, published at just before 1 a.m. EST on Friday morning.

"We will get through this together," Trump said in the tweet confirming the news.

Tonight, @FLOTUS and I tested positive for COVID-19. We will begin our quarantine and recovery process immediately. We will get through this TOGETHER!

The White House has confirmed that the President has canceled his planned trip to Florida on Friday in the aftermath of the news.

Melania Trump, meanwhile, said in a tweet that both herself and the President had canceled all upcoming engagements and are "feeling good". She said that too many Americans had tested positive for the virus this year.

"We will all get through this together," Melania Trump said, echoing the words of her husband.

As too many Americans have done this year, @potus & I are quarantining at home after testing positive for COVID-19. We are feeling good & I have postponed all upcoming engagements. Please be sure you are staying safe & we will all get through this together.

White House physician Sean Conley confirmed that Donald Trump will be able to carry out his duties as President "without disruption" during his quarantine, which will take place at the White House.

"They are both well," Conley said in a memorandum to White House Press Secretary Kayleigh McEnany.

"Rest assured I expect the President to continue carrying out his duties without disruption while recovering," he said.

Hicks had traveled with the President on several occasions this week and a number of White House staff have also tested positive for the virus.

He has held campaign rallies with thousands of people in attendance, despite public health guidelines advising against large gatherings and he downplayed the threat of the virus in the early days of the pandemic.

Almost 7.5 million Americans have tested positive for COVID-19, while 212,000 people have died. No country has recorded more deaths or positive cases than the United States.