The Ireland-based campaign for presidential nominee Joe Biden aims to mobilize Irish America - it's tagline is ‘Call a Cousin, Phone a Friend, Ring a Relative.’ 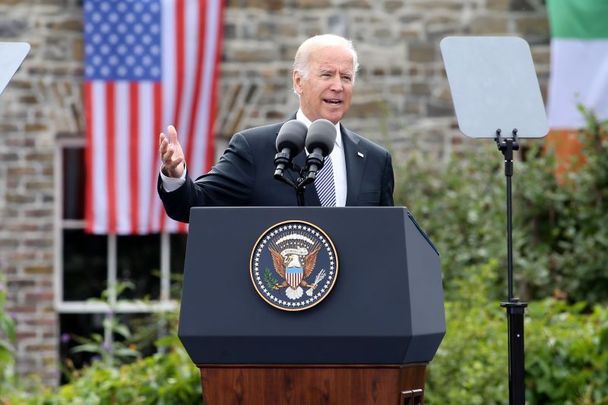 The Irish campaign to support former US vice president Joe Biden’s bid to win the US Presidential election was formally launched in Joe Biden’s ancestral hometown of Carlingford, County Louth.

The ‘Irish For Biden’ campaign will be encouraging Irish people to contact their friends and relatives in the US to get out and vote for Joe Biden when he takes on current President Donald Trump in the election on Tues, Nov 3.

The campaign is being launched in Carlingford due to Joe Biden’s strong links with the area. His family emigrated to the US from Carlingford in the 1850s.

Paul Allen, the spokesperson for the organizing committee, said; ‘’The Presidential election is a great opportunity to promote one of our own, Joe Biden. The occasion is to celebrate his Irishness and help foster relations again between our two great countries. The tagline in our campaign to mobilize Irish America is ‘Call a Cousin, Phone a Friend, Ring a Relative.’ ’’ 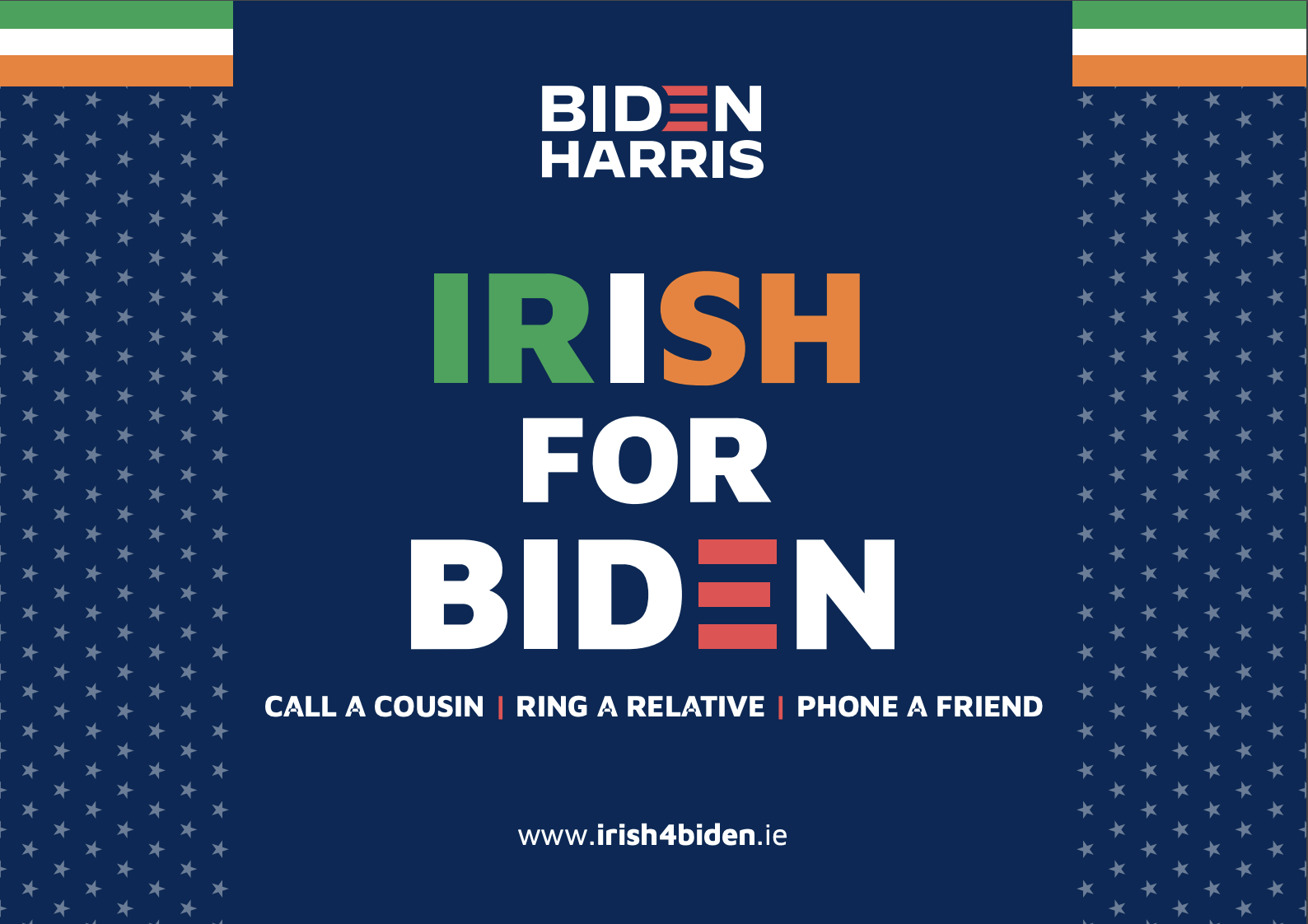 "Call a Cousin, Phone a Friend, Ring a Relative": An ‘Irish For Biden’ event.

Joe Biden’s links to Ireland are deep and steeped in the history of Co Louth and the story of the Irish in America. His mother’s family name is Finnegan, who hailed from the Cooley peninsula.

Joe’s mother, Jean Finnegan, was born in the US to Ambrose Finnegan and Geraldine Blewitt. Ambrose’s father, James Finnegan, arrived in New York on the SS Marchioness of Bute in 1850 with his mother and two younger brothers when he was seven years old.

James’ father was a 24-year-old shoemaker called Owen Finnegan, who had arrived a year earlier on board the SS Isaac Wright. James Finnegan later married Catherine Roche, whose parents Thomas and Bridget Roche were also born in Ireland.

In total, 10 of Joe’s 16 great-great-grandparents were born in Ireland.