WATCH: The first presidential debate between Trump and Biden 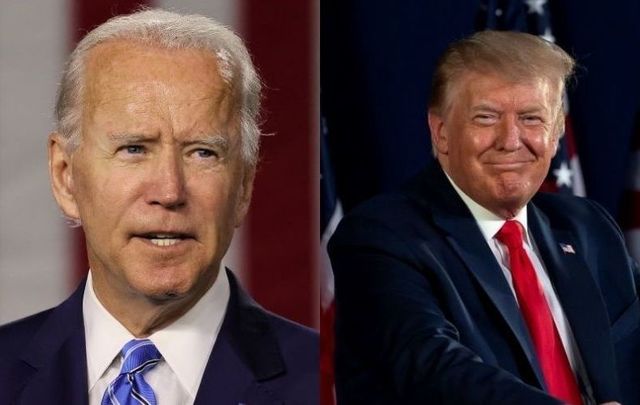 C-SPAN is providing a free live stream of the presidential debate tonight, September 29

You can tune into the first presidential debate of the 2020 US presidential election below, courtesy of C-SPAN, beginning at 9 pm EST:

In the US, major television networks ABC, CBS, CNN, Fox News, MSNBC, and NBC will join C-SPAN in airing the debate live, with most of them also offering live coverage online as well.

Tonight’s debate will take place at the campus of Case Western Reserve University & Cleveland Clinic in Cleveland, Ohio, and will be moderated by Chris Wallace, a host on Fox News. The debate is expected to last for 90 minutes and will air without any commercial breaks.

According to the Commission on Presidential Debates, the format for the first debate calls for six 15-minute time segments "dedicated to topics announced in advance in order to encourage deep discussion of the leading issues facing the country."

The topics for tonight’s debate, which were chosen by moderator Chris Wallace, are as follows:

In order to facilitate social distancing in light of the pandemic, there will only be about 70 people in the audience for tonight's event. President Trump and former Vice President Biden's podiums will be spaced further apart than usual, and the candidates will not shake hands.

As of today, Biden appears to be leading Trump in national polls, according to FiveThirtyEight.