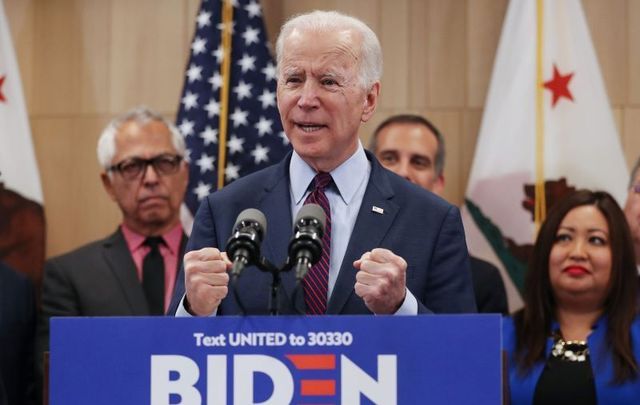 The U.S. presidential election is scheduled for November 3. Voting, however, has already started in half of the states.

National polls suggest that while more than 90 percent of eligible voters will vote for either Joe Biden or Donald Trump in the upcoming presidential election and about five percent are split between third party candidates, less than five percent remain undecided.

If you believe in being guided by science, upholding the rule of law, and treating others with respect and human decency, you most likely plan to vote for Biden.

If you are still undecided and an Irish American, here is another reason to vote for Biden. He is a strong proponent of the Good Friday Agreement (GFA) and can be counted on to defend it.

The GFA needs support. Here’s why.

The United Kingdom (UK) intends to renege on the Northern Ireland Protocol. The protocol is part of the international treaty signed by the UK and European Union (EU) that governs the UK’s departure from the EU. That is, it is part of the “Brexit” withdrawal agreement.

As European Commission President Ursula von der Leyen put it, the protocol is “essential to protect peace and stability on the island and the integrity of the single market.”

Existing trade regulations between the EU and UK will no longer be in effect at the end of the year. The UK hopes to reach a new trade accord with the EU by then because they will no longer be a member of the EU single market. Those negotiations are ongoing.

Under the Northern Ireland Protocol, the UK agreed Northern Ireland would continue to follow the EU’s customs rules beyond the end of the year. That means, on the island of Ireland, the single market for goods will remain in place and frictionless trade will continue beyond 2020.

Johnson says the purpose of the law is to maintain the internal UK market and prevent tariffs on goods traveling across the Irish Sea. In proposing the bill, Johnson disavowed the treaty he signed with the EU and got through Parliament. Johnson seeks to renege on the legal obligations imposed in that document and act as if his signature was placed on it with his fingers crossed, hidden behind his back.

If Great Britain follows through with the legislation, the country will go back on its word and violate the rule of law in an international context. They admit as much. Northern Ireland Secretary Brandon Lewis told Parliament that the Internal Market Bill violates the international treaty with the EU in a “specific and limited way.” That is, by voiding the Northern Ireland Protocol.

The bill threatens the peace achieved under the GFA, because it can lead to the re-establishment of a hard border between Northern Ireland and the Republic. If it is passed, checks on goods moving across the Irish border will have to be conducted to preserve EU unity and integrity. New custom posts at the border mean Northern Ireland and the Republic will have a hard border, like there was during The Troubles. This will raise tensions at the border that have the potential to spark a return to violence.

The GFA ended The Troubles and made a peaceful and shared future in Northern Ireland possible. U.S. support was critical to securing the GFA and, since 1998, the EU has spent billions of dollars to foster reconciliation in Northern Ireland. Both the US and the EU are heavily invested in ensuring conditions do not revert to those during the three decades of The Troubles.

As a sovereign nation, the UK can enact laws as it sees fit without interference from other nations. But that does not mean other nations lack the leverage to influence UK decisions. Presently, the UK is seeking a trade deal with the EU that will define their new relationship. The EU has indicated it will take a hard line in these negotiations if the UK does not discard the proposed bill.

The UK is also negotiating a trade deal with the U.S. They will be without one when they leave the single market at the end of the year. US-UK trade talks have advanced to their fourth round and the conclusion of the negotiations is expected soon. Now is the time for the US to take a stand to protect the GFA. Yet, unlike the EU, the Trump administration has not publicly called on the UK to withdraw the Internal Market Bill that threatens a return to a hard border.

There is no question where Joe Biden stands on US-UK trade negotiations. He would make the continuation of the peace secured by the GFA a vital component of any trade deal.

Biden said: “We can’t allow the Good Friday Agreement that brought peace to Northern Ireland to become a casualty of Brexit. Any trade deal between the US and UK must be contingent upon respect for the Agreement and preventing the return of a hard border. Period.”

Biden’s statement lays down a firm marker on what will be important in trade negotiations with the UK during his administration. His position ensures the progress achieved under the GFA is not undermined.

Compare that clarity to the Trump administration’s approach.

In an interview last month before Johnson proposed the new law, US Special Envoy to Northern Ireland Mick Mulvaney told the editor of the Irish Echo that “[w]e look at Northern Ireland from a policy standpoint, through the prism of the Good Friday, the Belfast Agreement, and through the non-existence of a hard border between North and South.”  Based on this position, one might expect the US to leverage support for the Northern Ireland Protocol with the UK’s desire for a trade deal with the US. That has not happened.

Instead, after the Internal Market Bill was presented to Parliament, US Secretary of State Mike Pompeo gave the British a green light on moving forward with it without suffering any consequences in a trade deal. He said during a press briefing alongside UK Foreign Secretary Dominic Raab that he trusts the British: “We’ve made clear our view of the importance of the Good Friday (Belfast) Agreement. We know the complexity of the situation. We’ve done what we can to provide assistance where we can.

"In the end, this will be a set of decisions with respect to this that the United Kingdom makes, and [I] have great confidence that they will get this right in a way that treats everyone fairly and gets a good outcome for what it was the people of the United Kingdom voted for now several years back.”

Pompeo’s statement is neither critical of the UK’s unlawful attempt to undo the protocol nor protective of the GFA. This is not surprising. It was, after all, the Trump Department of Homeland Security who decided to deport Malachy McAlister this summer, despite McAlister’s two decades in the US and his leadership role in urging the Irish American community to support the GFA.

Fortunately, Congress must approve any trade deal. Speaker Nancy Pelosi refers to the GFA as the “bedrock of peace in Northern Ireland.” Leaders of the House of Representatives, like Biden, stand against any backsliding at the Irish border. They have made clear there is “no chance” for a US-UK trade deal if the result is a hard border.

If you value the continuation of the peace and stability brought about by the GFA, only one person running for election can be trusted on this issue. And that is Joe Biden. Please make sure you vote.