Mick Mulvaney said that the Trump Administration, State Department, and Congress were all united in their attempts to prevent a hard border in Northern Ireland. 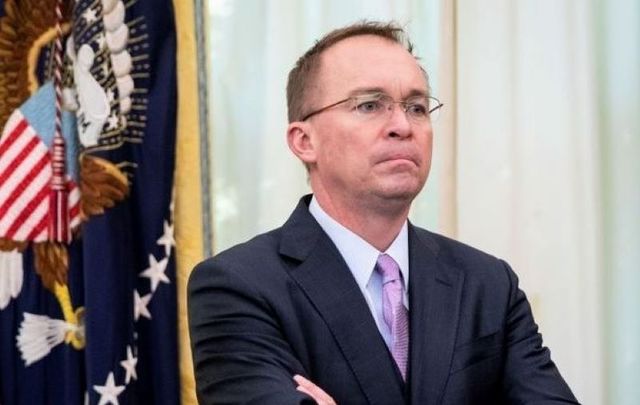 Mick Mulvaney, Donald Trump's Special Envoy to Northern Ireland, has become the latest American politician to speak out about the British Government's new legislation that could create a hard border between Ireland and Northern Ireland.

Mulvaney, the former acting White House Chief of Staff, warned against creating a hard border on the island of Ireland, saying that the Trump Administration, the State Department, and Congress were all aligned in their desire to see the Good Friday Agreement preserved.

"Everyone assures me that no one is interested in seeing a hard border between the Republic and Northern Ireland," Mulvaney told the Financial Times.

"We appreciate that, we respect that and we agree with that. The one thing I keep trying to assure is on the front of everybody’s mind is avoiding a border by accident."

The legislation, known as the Internal Market Bill, will break the Northern Ireland Protocol of the Brexit Withdrawal Agreement agreed last year which seeks to avoid a hard border between Ireland and Northern Ireland.

However, the Internal Market Bill would align Northern Ireland more closely with trade policies in the rest of the UK, paving the way for the installation of customs checks along the Irish border.

The British Government has admitted that the Internal Market Bill is a breach of international law and Johnson has faced criticism from a number of influential politicians at home and abroad.

In America, the outcry has been particularly loud, with Democratic Nominee Joe Biden, House Speaker Nancy Pelosi, and a number of other Democratic politicians condemning Johnson and the legislation.

Biden said that any potential post-Brexit trade deal between the United States and the UK would be scuppered if the Good Friday Agreement was violated, echoing similar comments made by Nancy Pelosi last week.

However, Mulvaney's comments are significant because he is the first senior Republican politician to speak out against the Internal Market Bill.

President Trump has publically supported Brexit in the past and is a friend of Prime Minister Boris Johnson, so it is unlikely that the Republican Party will officially come out against the bill.

Joe Biden, meanwhile, has faced criticism from Conservative British politicians who accused him of "lecturing" the British Government on Northern Ireland.

"We don’t need lectures on the Northern Ireland peace deal from presidential candidate @JoeBiden. If I were him I would worry more about the need for a peace deal in the USA to tackle the killing and rioting before lecturing other sovereign nations," said Iain Duncan Smith, former leader of the Conservative Party.

We don’t need lectures on the Northern Ireland peace deal from presidential candidate @JoeBiden. If I were him I would worry more about the need for a peace deal in the USA to tackle the killing and rioting before lecturing other sovereign nations...https://t.co/n22YQ3blwh