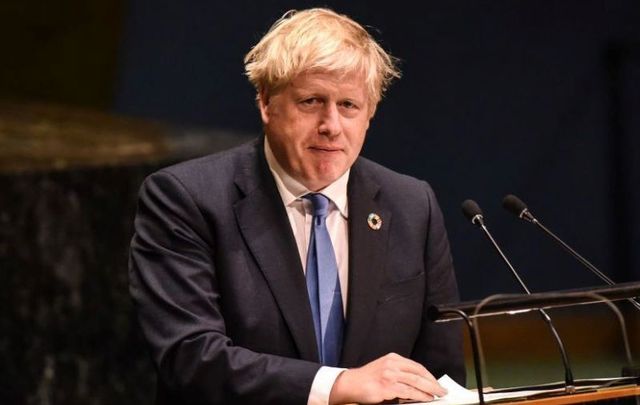 "Committed only to his realm with no decency or respect for the Irish, [Johnson] breaking the Irish Protocol does not really come as a surprise."

For the longest time, we have been assured that there was a new British attitude to Ireland that the bad old days were gone and we were no longer seen as the inferior race. The 1998 Good Friday Agreement meant from then, all would run smoothly.

We reckoned without English nationalism. We should think again. They are just about to walk away from a key component of Brexit - the Irish border part of a legally agreed-upon deal - which will endanger the peace process if unraveled.

They claim they are only changing a  very few lines, but an agreed-upon treaty is broken the second you change a word without consent.

Boris Johnson has no compunction kicking the Irish around, whether they be nationalist or unionist, as he has just proven. Treaties with Paddy have no more importance to him. His sidekicks tacitly acknowledged the Irish protocol was merely a means to an end to be abandoned when there was no longer a need to get them through a sticky patch.

You see, the high Tory Eton Schoolboys have no time at all for Paddy across the sea. They think they are playing multi-dimensions; chess and the Irish draughts. Paddy, it seems, will always be inferior.

I had occasion to feel the sting of that inferiority when working on British building sites every summer in college and for a year afterward in the mid-1970s.

Not an Irish joke was missed by our English fellow workers. IRA bombings had poisoned the air to begin with, but the old-timers confirmed that the average British looked down on Paddy anyway long before the IRA restarted and laughed at his stupidity.

Paddy had no choice but to take it. Worse, there were Irish comedians like Dave Allen on British TV telling Paddy jokes and selling out his own people.

There was a quiet acceptance by the Paddies I worked with that little could be done. Some very painfully hid their Irish accents and sounded like those  Irish footballers in England who have invented an entire strangled hybrid accent.

We kept our heads down, drank away the lonely nights, and took turns running to the bookies every Saturday for a bet on the nags. Our subcontractor paid us and deducted the living expenses as we were living in his houses four to a room.

There was no way to fight back. Besides, there were splits on our own ranks. The Kerry men and Connemara men rarely hit it off, and there was many a bad bar fight in Cricklewood or Kilburn. At the root of it was profound loneliness for the land they left behind in body but not in spirit. Yet there was solidarity especially given the dangerous work we were doing,

Christy Moore, our hero folk singer, sang it best: "Well we want to get to heaven, but we’re always digging holes.” And so were we digging, from working on a new terminal for Heathrow to foundations for brand new offices downtown.

Given our experience, we would have guessed a character like Johnson was a snake. Committed only to his realm with no decency or respect for the Irish, breaking the Irish Protocol does not really come as a surprise. English hegemony ended over Ireland for the most part, but someone forgot to tell them. Now Scotland could well break the link and what price a united Ireland given the way the English have kicked the unionists around

Rule Britannia is the English marching song, its grand cadence signifying victory and never retreat. But death lays his icy hands on empire too. As the British are about to find out, the bad boys of Europe stand alone.