Joe Biden says he's "proud" to have Kamala Harris as his partner for his presidential campaign. 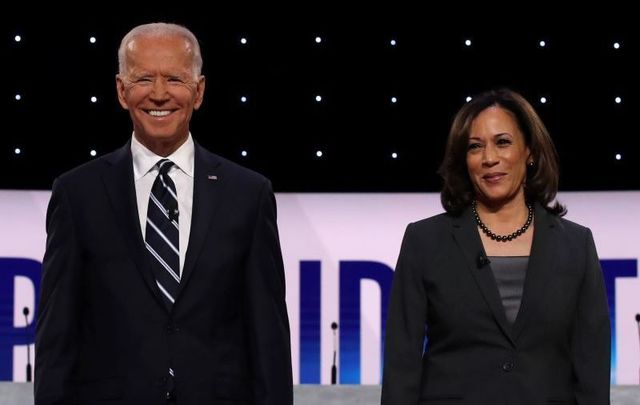 July 31, 2019: Joe Biden and Kamala Harris take the stage at the Democratic Presidential Debate at the Fox Theatre in Detroit, Michigan. Getty Images

Joe Biden has officially chosen Senator Kamala Harris as his running mate for the 2020 US Presidential election.

After announcing the news in an e-mail blast and text message to his supporters, Biden confirmed his selection in a tweet on August 11:

Back when Kamala was Attorney General, she worked closely with Beau. I watched as they took on the big banks, lifted up working people, and protected women and kids from abuse. I was proud then, and I'm proud now to have her as my partner in this campaign.

Joe Biden's campaign website has since been updated to feature a picture of Biden and Harris, as well as a biography about the new VP candidate's life and career.

.@JoeBiden can unify the American people because he's spent his life fighting for us. And as president, he'll build an America that lives up to our ideals.

I'm honored to join him as our party's nominee for Vice President, and do what it takes to make him our Commander-in-Chief.

Speculation as to who Biden was going to select had been mounting in recent days. Harris was always among the contenders as the former Vice President had publicly committed to choosing not only a female but a person of color.

The New York Times notes that Harris “is the first Black woman and the first person of Indian descent to be nominated for national office by a major party, and only the fourth woman in history to be chosen for one of their presidential tickets.”

Harris, who was among the many contenders for the Democratic presidential nomination until she suspended her campaign last December, is also the second African American woman and the first South Asian American to serve in the United States Senate, where she represents the state of California.

The 2020 US Presidential Election will be held on Tuesday, November 3, 84 days from now.