Getting back to normality - and the craic - at Milwaukee Irish Fest

Unsure of what to expect, I was treated to a weekend of new friends, great music, amazing dancing, and yes, some normality, at my first-ever Milwaukee Irish Fest. 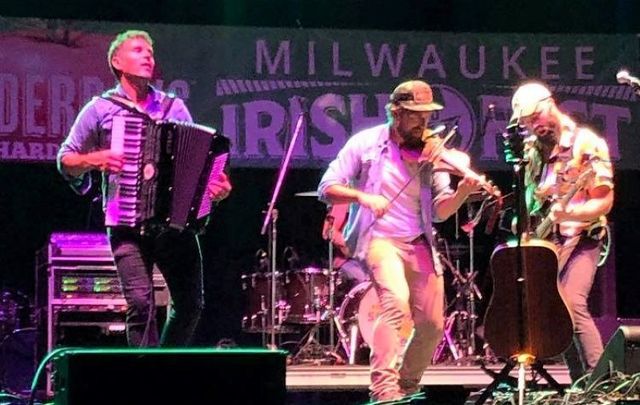 Milwaukee Irish Fest returned after a 2020 virtual hiatus to celebrate their 40th anniversary at Henry Meier Festival Park on August 20 - 22, 2021.

I didn’t expect my first post-vaccination flight to be to Milwaukee, but these are strange times we’re living in.

I was supposed to be on a plane to Ireland in April 2020 -  that didn’t work out, and I’m hopeful that I can travel there sooner rather than later. (I’m more hopeful, however, that our family and friends in Ireland will be able to travel here to the US soon, but that’s another story.)

Anyway, a few months ago, my team here at IrishCentral, who are primarily based in Ireland, asked if I would head to Milwaukee Irish Fest to help promote IrishCentral and our sister brand Ireland of the Welcomes, as well as our IrishCentral Box and the Irish Heritage Tree program.

I instantly remembered when my former colleague, Frances Mulraney, who previously held my position as editor here at IrishCentral, attended the Festival in 2019 and came back with only rave reviews.

Further, I remember engaging last year with the organizers at Milwaukee Irish Festival last year when, like so many other events, they pivoted to a fully virtual show, which we were more than happy to feature here on IrishCentral.

Of course, I’d go, I said, comforted in part by the fact that I’ve been fully vaccinated since May.

While my first flight wouldn't be heading to Ireland, a trip to Milwaukee for its famous Irish Fest was the next best thing.

As a native of New Jersey now based in New York, I was curious to see what the Irish American “scene” would be like in Milwaukee, especially with so many Irish people unable to travel over for the massive event.

After two flights from New York, my first flight(s) since 2019, I was in Milwaukee. It was HOT, but that didn’t deter the great spirit amongst the volunteers and attendees at the 40th annual Milwaukee Irish Festival.

Upon arrival, my colleague Doug and I got to setting up our tent in the Travel area of the festival, not too far from the main gate, and in earshot of the Miller Lite stage, which means we were treated to live Irish music while we were chatting with festival-goers over the weekend. 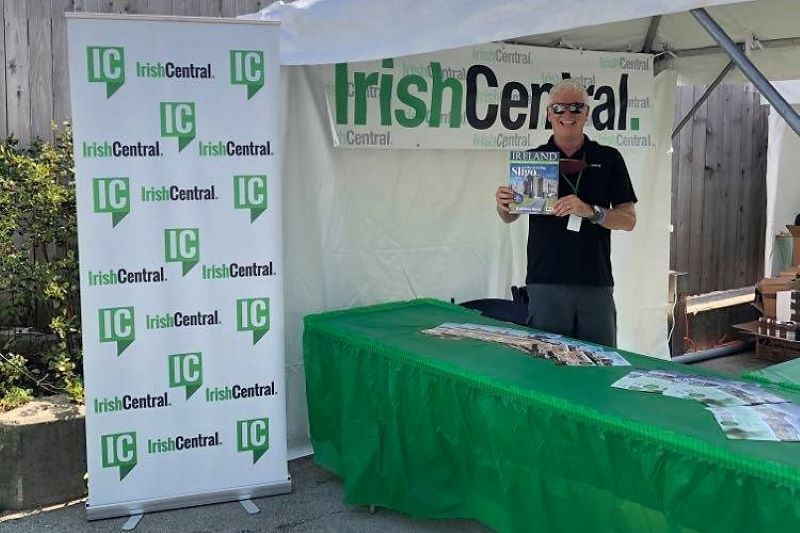 As luck would have it, one of the first people to stop by our tent was Ireland’s Ambassador to the US Dan Mulhall, his wife Greta, and their team. The Ambassador chatted about his daily Twitter postings of Irish poetry and expressed hope that the US ban on travel from Ireland will soon be concluded. 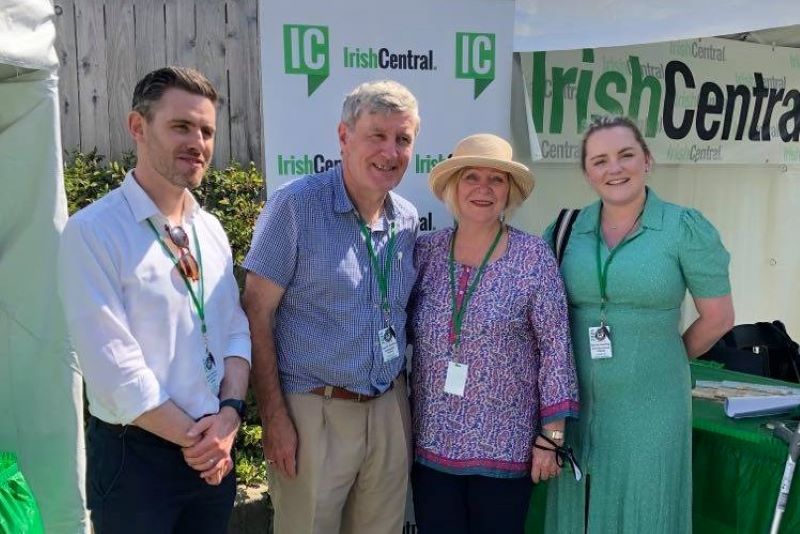 Ireland's Ambassador to the US Dan Mulhall (second from left), his wife, and team.

Meeting with Ambassador Mulhall was a great way to set the tone for the rest of the weekend where we were able to talk with people about Ireland - people who had been as well as people who hadn’t been, but who all shared a keen interest in the country and its far-reaching culture.

Naturally, there were plenty of questions as to whether or not Americans could even visit Ireland at the moment. Yes, Americans can travel to Ireland - if you’re fully vaccinated, there are no testing or quarantine requirements (though some airlines may require their own testing), and if you’re not vaccinated, you have to self-isolate for 14 days upon arrival, which you can test out of no sooner than five days after arrival. (You can stay up-to-date with Ireland's travel restrictions here.)

Lots of people asked for travel tips - where to go, the best places to visit, how to get around - for their upcoming visits to Ireland, many of which had been postponed due to the pandemic. It was great to meet so many people who, like myself, are excited for their next trip to Ireland, whether it’s actually scheduled yet or not.

Plenty of people shared their personal stories with us of previous trips to Ireland, some as long as decades ago, all with an endearing passion.

Over the three days, I met plenty of people who had kind words to say about IrishCentral. To those people, I say thank you, you made my visit all the more joyful. 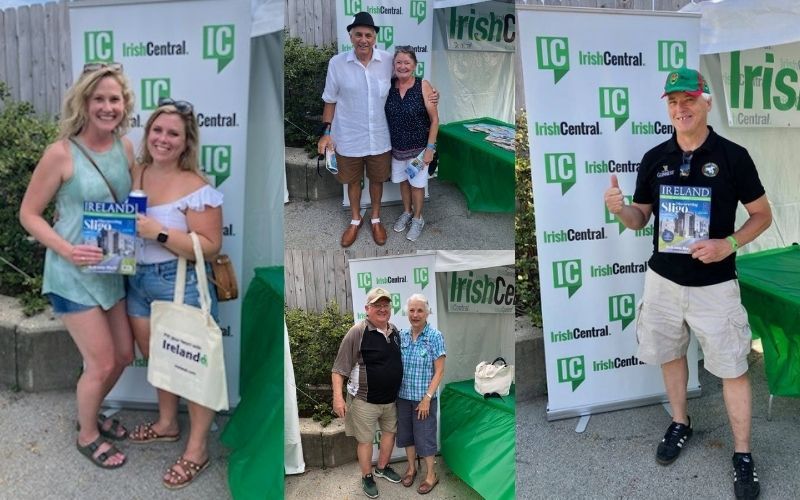 Friends old and new at the IrishCentral tent at the 2021 Milwaukee Irish Fest.

Admittedly, I had a fangirl moment when Irish music star Joanie Madden, fresh off the stage from the closing ceremonies The Scattering on Sunday night, told us how much she enjoys IrishCentral. 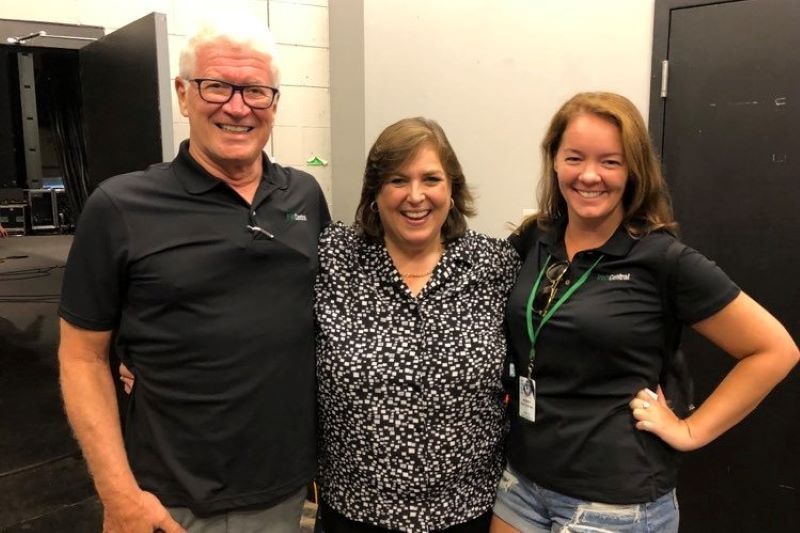 Doug McKendry, Joanie Madden, and myself after The Scattering.

Of course, the weekend wasn’t all work. We had plenty of time to explore the vendor areas - chock full of Irish art, Irish clothes and jewelry, and yes, even some Irish snacks - as well to take in the plentiful live Irish music and dance offerings.

I made sure to get front-row when Kendal Griffler, who was a few years behind me at the Early McLoughlin School of Irish Dance back in New Jersey, graced the stage with the Milwaukee Irish Dance Company. 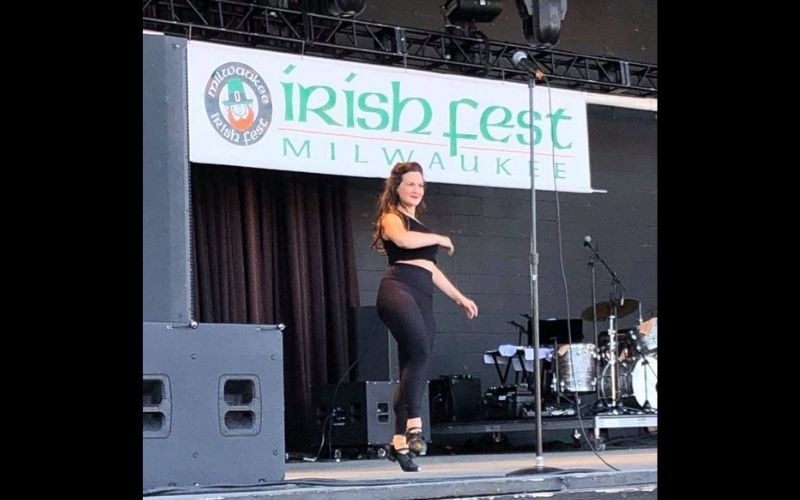 I finally got to meet - in person! - Dan Fedoryka, the frontman of Scythian, a music group who kindly shared their live stream “quaranstream” shows with us over the past year when the world was largely confined to their homes. Even better, I got to see Scythian’s live sets on Saturday and Sunday night - fun, raucous affairs. 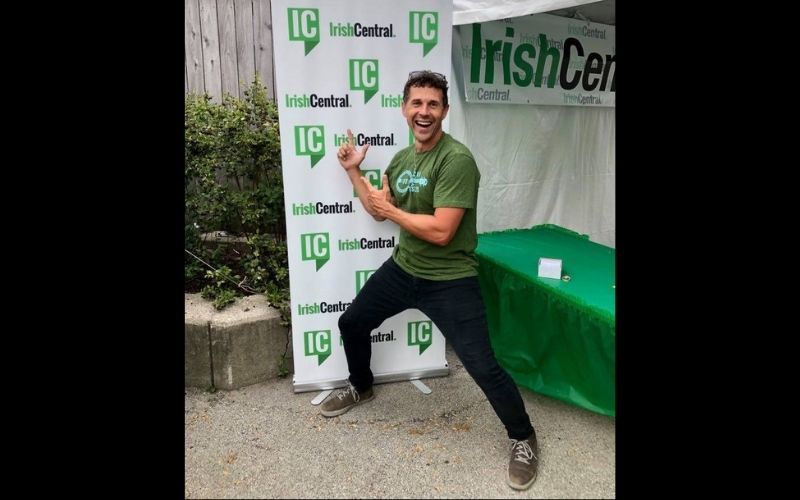 Dan Fedoryka, frontman for Scythian, at the IrishCentral tent.

I helped make my colleague Doug a new fan of Eileen Ivers, who I also had the pleasure of meeting in person after The Scattering. (Be sure to keep an eye out for the violin virtuoso's new children’s book!) 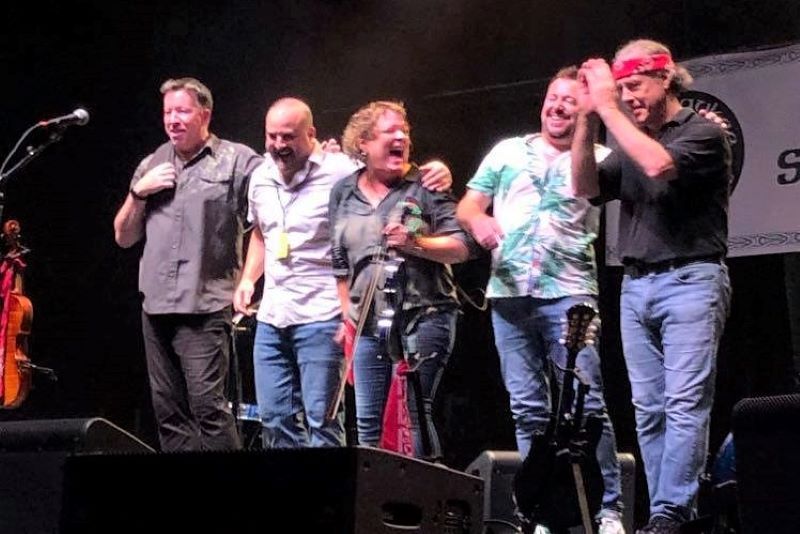 Eileen Ivers and her unIVERSal roots band after a thrilling performance

While we got to soak in plenty of the Fest's offerings, there was still so much to be seen - hurling demos, cooking lessons (which I definitely could have used, which I'm sure any past roommate of mine can attest to), more music, more Irish dance - truly it felt like there were enough events to last a week.

A lot of volunteers lamented that the crowd size this year was small compared to years past, most likely due to the ongoing US ban on travel from Ireland, as well as what I would imagine is still some pandemic anxieties. Still, upon my return home to New York, my voice was nearly gone after talking to so many people (and, yes, singing along to some great live Irish music).

Though the crowds were thought to be “small,” the spirit of the festival was not. After 40 years, the Milwaukee Irish Fest is clearly bouncing back strongly after a pandemic-sized bump in the road. I can’t wait to see what’s in store next year when, fingers crossed, we’re all fully back to normal.