Is the ultimate Brexit deal any good for the Republic of Ireland? 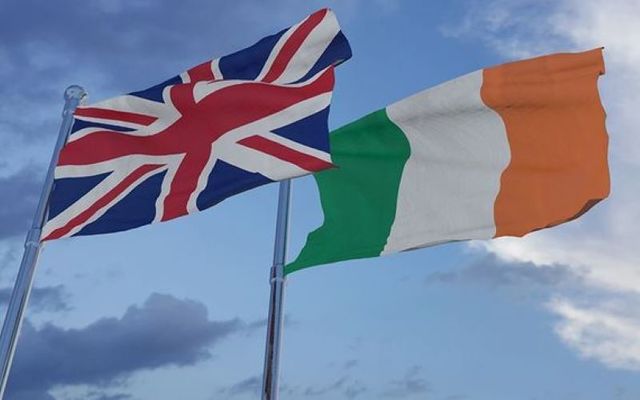 The Brexit deal the U.K. has done with the EU appears at first to be an astonishing achievement by British Prime Minister Boris Johnson. Dig deeper into what the 1,246 page document says, however, and much of the shine comes off.

Yes, it is far better than the disaster a no-deal would have been. But the agreement will have serious negative consequences for the U.K. -- and also for Ireland.

That said, the announcement of the deal on Christmas Eve was a huge relief to us here, to the rest of  Europe, and to the British themselves. A no-deal would have been bad for everyone, with Ireland suffering far more than any other EU country.

Given Johnson’s track record and impulsiveness, anything seemed possible right up to the last moment. So to get it done before it collapsed into a catastrophe has to be seen as a great escape for everyone, and particularly for us Irish.

The brinkmanship played by Johnson and his team in the final days seemed crazy, but it pushed the EU into doing something they had insisted was impossible ever since the British people voted to leave the EU four years ago.

The EU had said all along that once Britain left, it could not have free access to the Single Market, the biggest and most lucrative market in the western world. Yet the deal does exactly that -- tariff and quota-free trade in both directions between the EU and the U.K. On that basis alone it looks like an impressive win for Johnson and a capitulation by the EU.

The EU had always said that such a deal was impossible because it would give the U.K. all the advantages of being inside the Single Market without the strings that are attached. It would give the U.K. the same free-trade status as EU member states even though it would be outside the union.  That risked other countries being tempted to leave as well.

Such a thing was unthinkable. Britain had to be taught a lesson, the EU hierarchy believed. The consequences of leaving the EU had to be made clear to other member countries.

Britain would have to be treated like any other country outside the block, with tariffs and quotas applied to its exports into the EU. And that was almost certain to make Britain retaliate by applying WTO taxes on imports into the U.K., which could have meant very heavy taxes on Irish agri-food exports.

In the weeks before Christmas, as the end-of-year deadline approached when the U.K. would be out, that still looked like a real possibility. Johnson was still claiming that a WTO exit would be manageable and that Britain would not only survive but prosper. With days to go this game of chlorinated chicken was still being played by the U.K. And despite the positive spin being put on the deal by the EU it now looks like Brussels blinked first. That is not surprising. The EU has a big trade surplus with the U.K.

It's not just the Irish agri-food sector that was at risk. German carmakers, French wine producers, Italian cheesemakers, and countless other businesses in Europe were extremely worried about what might happen. So the deal was done -- free trade between the U.K. and the EU with no tariffs or quotas applied to goods being shipped in either direction.

It sounds wonderful for the U.K. But it's not as simple as that. The U.K. has left both the EU Customs Union and Single Market.

Inside the Customs Union, there are no tariffs or quotas on trade between the member states. And the U.K. has managed to secure that in the Brexit deal, even though the U.K. is now out of the EU.

But it's a very different story with the Single Market, the vast and complex structure of product standards and regulatory rules that has been built up over decades of agreements between the EU countries.

Put simply, it means that if you buy any product anywhere in the EU you can be sure that it meets the same single level of standards. That's one reason why it's called the Single Market.

Despite Johnson's claim that the deal has allowed the U.K. to “take back control" and at the same time to have "frictionless trade" with the EU, this has not changed. The U.K. will have tariff and quota-free trade with the EU, but its exports will still have to comply with the Single Market product standards and regulatory rules if this access is to be maintained.

Many of the 1,246 pages in the deal set out how this will be overseen and what penalties will apply if there is significant deviation. Dozens (yes, dozens!) of joint committees are being set up to monitor this and make rulings on alleged failures, with further structures to handle appeals. The paperwork (or work online) involved will be a bureaucratic swamp.

The deal sets out how the EU can apply retaliatory sanctions on British exports if a slippage in standards is identified, and the penalties can start to be imposed in less than three weeks in some trade areas.

It all sounds a long way from "taking back control" and having "frictionless trade." Instead, it will be horrendously complicated and there will be endless rows and trade interruptions.

This is likely because one of the aims of Johnson’s Brexit is to turn the U.K. into a sort of Singapore on the edge of Europe, cutting away EU red tape on standards and regulations, as well as costly labor and environmental protections. It's a sort of free-market free-for-all aimed at driving the U.K. economy forward, including several freeports around the coast with no or very low taxes.

This will be difficult to achieve while at the same time satisfying Single Market compliance. What the solution to the conundrum will be is hard to envisage.

But one thing is already clear -- it's likely the road ahead after Brexit will not just be bumpy but regularly blocked.  And this will have a severe impact on the British economy, at least in the short term.

Johnson won his big majority in the election a year ago by promising to "level up" the economy across the U.K., attracting votes from the depressed Labor-supporting areas in the north of England, the so-called Red Wall that turned Blue. These are the very workers who will suffer if Brexit fails to deliver.  It's all reminiscent of Donald Trump and the Rust Belt.

In theory, the deal does restore British sovereignty over its affairs, a key requirement for Johnson. It does allow the U.K. to diverge from Single Market standards and rules if it chooses, but at a price -- the loss of free access. That is the underlying reality of this deal, whether Johnson admits it or not.

The bottom line for the EU is what they call "equivalence" -- if the U.K. wants to write its own rules and diverge from EU rules and standards it must do so in a way that is equivalent, so that EU companies and workers are not at a disadvantage. Failure to do so will be seen as a breach of the deal.

This concept of "equivalence" will also be applied to the services industry, according to EU sources. That is important because the deal only covers trade in goods and products, even though services make up 80 percent of the British economy.

No one seems to know what is going to happen, especially in the vast financial services area in which London, like New York, is a global player.

What all this will mean for Ireland is still uncertain. The deal is a welcome escape for the agri-food sector here because a no-deal scenario would have cost the sector over a billion euro a year in tariffs.  Half of our beef still goes to the U.K. and that sector of farming, already struggling, would have been devastated.

There are other parts of our economy also where the deal may be less harmful than was feared, or even positive -- some of the big financial services companies in London may set up here to keep a foothold in the EU.

Overall, however, the deal will not be good for us. Various estimates have been made of the impact on our economy, ranging from a contraction of two percent to five or six percent, with job losses in the tens of thousands. It's too early to say because we have to see how Brexit plays out. Certainly, it's going to be very different.

There are no tariffs, but there will be customs checks in both directions related to product rules and standards. Businesses will be required to have declaration forms and clearances in place before trucks can get on ferries to and from the U.K. -- more than a thousand trucks a day make the crossing.

These forms are very detailed and can be complicated, particularly if the trucks carry food or farm products or have mixed loads which will require multiple declarations and clearances. Several Irish trucks have already been turned away because of inadequate documentation.

In the background to all this, of course, is the far more serious Covid situation here as we enter another lengthy lockdown. In just a few weeks we have gone from around 200 cases a day to nearly 5,000 last Sunday, and our hospitals are warning of a crisis when the full effect of Christmas socializing kicks in. In that context, Brexit and trade no longer seem that important.