With today's Brexit agreement, Simon Coveney says there will be no hard border in Ireland and that the Good Friday Agreement and Single Market are protected. 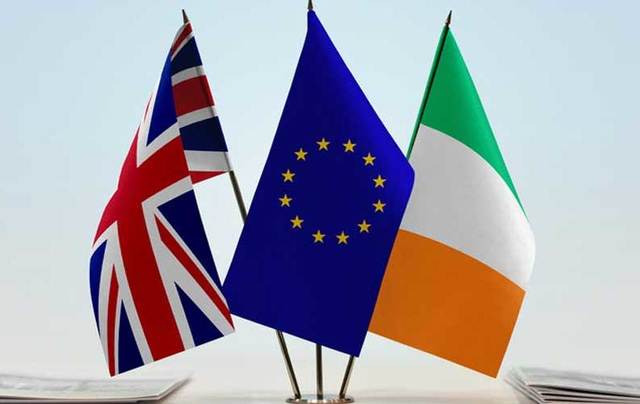 The new EU-UK Trade and Cooperation Agreement will start to apply provisionally as of January 1, 2021.

President of the European Commission, Ursula von der Leyen, said today: “It was worth fighting for this deal because we now have a fair and balanced agreement with the UK, which will protect our European interests, ensure fair competition, and provide much-needed predictability for our fishing communities.

“Finally, we can leave Brexit behind us and look to the future. Europe is now moving on.”

It was worth fighting for this deal.

We now have a fair & balanced agreement with the UK. It will protect our EU interests, ensure fair competition & provide predictability for our fishing communities.

Europe is now moving on. https://t.co/77jrNknlu3

The European Commission's Chief Negotiator, Michel Barnier, said: “We have now come to the end of a very intensive four-year period, particularly over the past nine months, during which we negotiated the UK's orderly withdrawal from the EU and a brand new partnership, which we have finally agreed today.

“The protection of our interests has been front and centre throughout these negotiations and I am pleased that we have managed to do so. It is now for the European Parliament and the Council to have their say on this agreement.”

🇪🇺🇬🇧 The clock is no longer ticking.

After 4.5 years of collective effort and #EU unity:

To preserve peace on the island of Ireland. To protect citizens and the Single Market. To build a new partnership with the UK.

The deal is done. pic.twitter.com/zzhvxOSeWz

The statement issued by the European Commission on December 24 said: "The entry into application of the Trade and Cooperation Agreement is a matter of special urgency.

"The United Kingdom, as a former Member State, has extensive links with the Union in a wide range of economic and other areas. If there is no applicable framework regulating the relations between the Union and the United Kingdom after 31 December 2020, those relations will be significantly disrupted, to the detriment of individuals, businesses, and other stakeholders.

"The negotiations could only be finalised at a very late stage before the expiry of the transition period. Such late timing should not jeopardise the European Parliament's right of democratic scrutiny, in accordance with the Treaties.

"In light of these exceptional circumstances, the Commission proposes to apply the Agreement on a provisional basis, for a limited period of time until 28 February 2021.

"The Commission will swiftly propose Council decisions on the signature and provisional application, and on the conclusion of the Agreement.

"The Council, acting by the unanimity of all 27 Member States, will then need to adopt a decision authorising the signature of the Agreement and its provisional application as of 1 January 2021. Once this process is concluded, the Trade and Cooperation Agreement between the EU and the UK can be formally signed.

"The European Parliament will then be asked to give its consent to the Agreement.

"As a last step on the EU side, the Council must adopt the decision on the conclusion of the Agreement."

In a brief statement, Arlene Foster, the First Minister of Northern Ireland and head of the Democratic Unionist Party (DUP), said: “We have consistently urged both sides to achieve a deal.

We will, of course, examine the details both of the trade deal itself as well as other issues such as security where agreement will be particularly important from the Northern Ireland viewpoint.

Given the Government’s Northern Ireland Protocol, a sensible trade deal between the United Kingdom and the European Union was always the most favourable outcome for Northern Ireland.

Moving forward, we will continue to work to seize the opportunities and address the challenges which arise from the United Kingdom’s exit from the European Union.”

Michelle O’Neill, the Deputy First Minister of Northern Ireland and the Vice President of Sinn Fein, said in a tweet:

We voted against Brexit, it is being foisted upon us against our will. Todays deal will be welcomed across the island. The Good Friday Agreement has been protected, there will be no hardening of the border and protections for the all-island economy are in place.

Deal Done! 4yrs work to protect #Ireland & #EU through #Brexit. Certainty at last:
☑️ No return to hard border
☑️ The GFA & Peace Process is protected
☑️ The single market is safe & #Irelands place in it
☑️ No tariffs or quotas on trade
☑️ A fresh start for U.K. relations

In a video shared by Fine Gael, Coveney said "now we have certainty at last."

It’s official: A #BrexitDeal has been achieved.

Thank you @MichelBarnier thank you, #Ireland - we don’t forget friends like you and what we have achieved together through #Brexit. We look ahead with confidence 🇮🇪🇪🇺🇬🇧 https://t.co/3S8sPtvfxk

#Brexit deal is very welcome after four long years of negotiations. Thanks to @vonderleyen & @MichelBarnier & team. While we will miss the UK from the European Union, the fact that a deal is now in place means we can focus on how we manage good relationship in the years ahead.

In a statement, Martin said that he "welcomes the conclusion of negotiations between the EU and the UK today" but added, "I have said many times, and will do so again today: though I respect it, I very much regret the decision."

Tanaiste Leo Varadkar said over a series of tweets:

We have best #Brexit deal possible after 4 years of tough protracted negotiations. Deal builds on Irish Protocol negotiated in The Wirral which guarantees the common travel area and no hard border in Ireland. A sad but mementous day. Thank you @MichelBarnier and @vonderleyen

Level playing field secured. UK will have to match EU standards to maintain access to full EU market. Hopefully deal can be ratified by European Parliament by NY. But Brexit will never be ‘done’. Will be need for future agreements & disputes will arise that have to be resolved

Years of hard work and diplomacy have protected Ireland from all of that. Thank you to our friends in Europe and our spectacular civil servants in Dublin and Brussels