Scotland will almost certainly vote to become independent, which will be major ripple-effects for Northern Ireland. 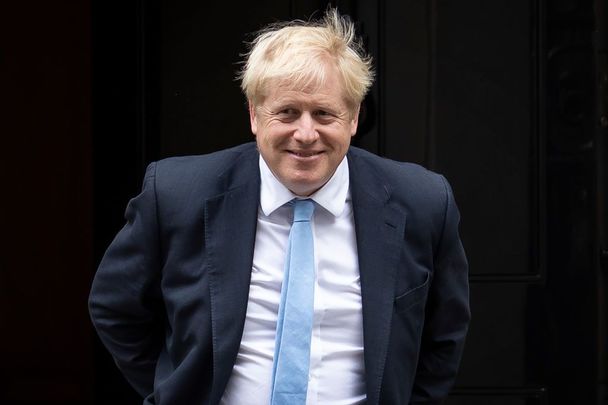 Polls are in and Brexit isn't proving quite the victory the British government seemed to believe it should be, in fact, their victory will prove disastrous.

The first opinion poll on British Prime Minister Boris Johnson’s handling of the twin critical issues of Brexit and COVID-19  is devastating.

The survey of more than 22,000 people by the research data company Focaldata showed Johnson would lose his own seat and his Conservative Party would drop an astounding 80 plus seats if an election were held tomorrow.

Particularly of interest in the poll to Irish observers, though, is the complete wipeout in Scotland of the Tories and the Labour Party.

The Scottish people had voted to remain in the European Union by 62 to 38 percent, but their concerns and input were given short shrift by the English nationalists who dominate the Tory Party.

They refused all input and access to negotiations by the devolved parliaments in Northern Ireland, Scotland, and Wales and the British Supreme Court made it clear when that was challenged that all power lay with London.

Given that the devolved parliaments had been created to empower the non-English part of the United Kingdom it was a bitter pill for the Scottish, Northern Irish, and Welsh political leaders to swallow that their future would be decided by the English only.

The long-term outcome is as plain as day.  Scotland, as a result of English hardball, will vote in the near future on becoming independent, and that vote will succeed.

The Focaldata poll shows that 87 of the 89 seats allocated to Scotland in Westminster would be won by the Scottish National Party and that Labour and the Tories would be tied, with the latter closing a 13 point gap since the last election.  The Liberal Democrats would be wiped out.

That result would likely spawn a  Labour/Scottish National coalition government which would be a first in Britain’s long history.

Scottish devolved parliament elections are due for May 6 this year, and we can expect a massive win for the Scottish National Party there too. Young Scottish people in particular feel deeply betrayed by the contemptuous dismissal of Scotland’s concerns by the English parliamentarians.

The impact of an independent Scotland rejoined with the EU would be immense on Northern Ireland, where unionism would be clinging on desperately to the hind tit of London in an attempt to stay relevant.

There too, however, a majority of 55 percent voted to remain in the European Union.  The demographic shift towards a nationalist majority will bring about an inevitable border poll in the next decade.

The Brexit “victory” is proving a deeply problematic one, reopening old scores that had been long settled.  Like with President Trump, the rise of the right in British politics and the growth of English nationalism has been deeply divisive, creating a hostile brand of politics rarely witnessed before.

The numbers may only get worse for Johnson.  In the ultimately cynical act, his father Stanley took out French citizenship the week after the Brexit deal so he would enjoy the fruits of free access to European countries.

Just this week, many thousands of British living in Europe were told their driver’s licenses were no longer acceptable and that in the case of older drivers who had licenses without photographs, they would have to appear in person back in Britain to renew.

Given the poll result, Brexit wasn’t quite the overwhelming victory it seemed after all. In fact, it will likely prove to be disastrous.