The Ulster Defense Association's (UDA) threat against Arlene Foster is thought to be due to her continued support of Glenn Quinn's family. 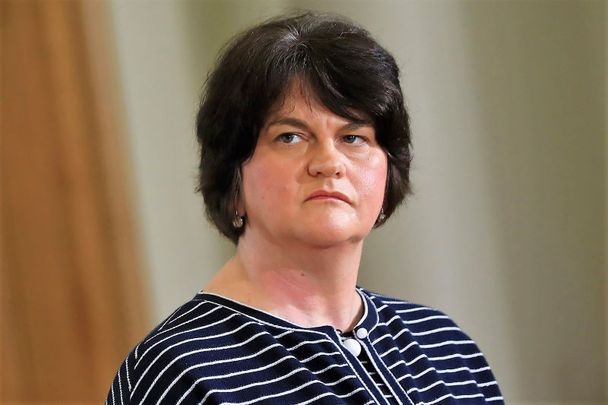 Arlene Foster says that she has been informed by the Police Service of Northern Ireland (PSNI) of a threat issued against her by the South East Antrim Ulster Defence Association (UDA).

Foster, the First Minister of Northern Ireland and the head of the Democratic Unionist Party (DUP), believes the loyalist paramilitary group made the threat in response to her continued support for the family of Glenn Quinn.

47-year-old Quinn, who was terminally ill at the time, was fatally assaulted by a suspected UDA group in his home in Carrickfergus, Co Antrim in January 2020.

On January 4, the one-year anniversary of Quinn’s death, Foster said in a tweet:

My thoughts today are with the family of Glenn Quinn. One year on from his brutal murder, the Quinn family’s strength and determination to gain justice outshines the cowards who try to silence them.

A PSNI spokesperson told The Belfast Telegraph on Tuesday: "we do not discuss the security of individuals and no inference should be drawn from this.

"However, if we receive information that a person's life may be at risk we will inform them accordingly. We never ignore anything which may put an individual at risk."

Responding to the threat, Foster said in a statement on Tuesday: "This threat appears to have been issued because of my support for the Quinn family a year on from the brutal murder of Glenn Quinn.

"My thoughts and support remains with the Quinn family who have so bravely stood up to continued intimidation. This threat is simply a reflection of what an innocent family have faced for so long now.

"There must be no place for such behaviour in any free society and we all must stand against those criminal gangs which continue to operate within our community."

Michelle O’Neill, the Deputy First Minister of Northern Ireland and the Vice President of Sinn Fein, condemned the alleged threat against Foster:

The threats made against Arlene Foster by the UDA are a despicable attack on democracy.

The UDA are a reckless criminal gang that have absolutely no place in our society.

The PSNI must do all in its power to put these gangs out of business once and for all.

The PSNI, who in September began offering a £10,000 reward for information relating to Quinn's death, have renewed their appeal this week on the first anniversary of his death.

The threat against Foster comes as Northern Ireland is in the midst of a six-week lockdown period due to the ongoing pandemic. The Northern Ireland Executive is engaging in "urgent" discussions this week to determine "what additional measures are necessary given the very high levels of virus transmission within the community and the impending pressure on the hospital system from the large numbers of cases."