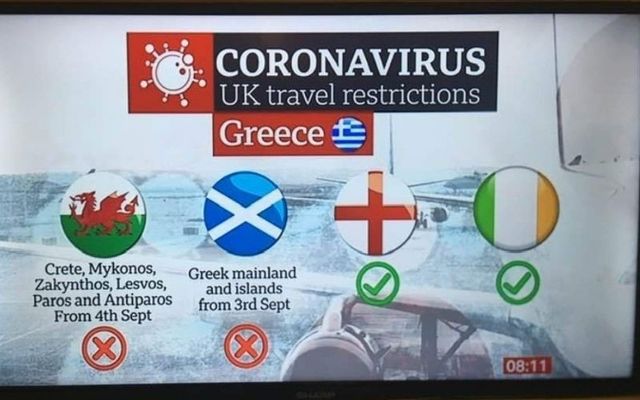 Northern Ireland First Minister Arlene Foster has attacked the British TV network, the BBC, and demanded an investigation after an Irish tricolor was used to represent Northern Ireland on one of their shows.

Naga Munchetty, who presents the popular morning show, apologized for the error at the end of the program.

We would like to apologize for a mistake we made earlier in the program,” Munchetty said.

“In a graphic sequence explaining the differing travel quarantine rules around the nations of the UK we mistakenly showed the wrong flag for Northern Ireland."

Foster welcomed the apology but demanded an investigation, urging Tim Davie, the BBC's new director general, to look into the matter. She also appeared to take a swipe at the BBC in a tweet by promoting ITV, one of the BBC's main competitors.

"At least ITV’s @GMB were able to get the right flag for a similar graphic," Foster wrote.

"@BBCBreakfast were right to apologize swiftly but the BBC DG needs to investigate the editorial process that allowed the inaccurate graphic to air. Very poor."

The DUP also tweeted about the incident, claiming that Ian Paisley Jr., a DUP MP from Antrim, had emailed the BBC to demand an immediate apology.

At 0811 a graphic was used by @BBCBreakfast wrongly representing NI with an RoI flag.

The apology (below) at 0858 is welcome but disgraceful that it had to be highlighted. pic.twitter.com/z6H8odWdaC